The fleet of the self-proclaimed Donetsk national Republic (DND) off the coast of Novoazovsk does not threaten the Ukrainian military in the Azov sea. In an interview with Deutsche Welle said the commander Voyenno-naval forces (naval forces) of Ukraine Ihor Voronchenko. 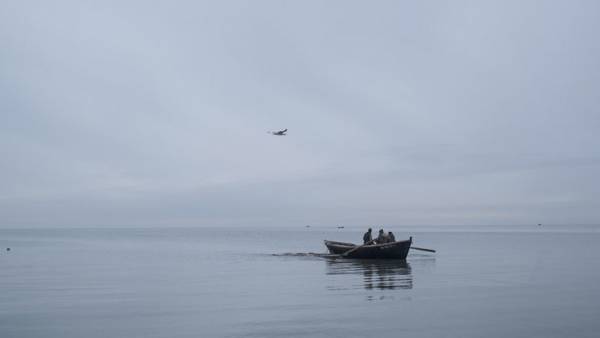 According to the commander, brigade of ships has been around for 10 months. “DPR has created the mythical fleet, gathering fishing boats. There’s probably 20-25 high-speed boats. On their part, on the Mariupol direction, is some kind of “9th marine regiment”,” the he said.

Voronchenko said that conflicts with the “assault regiment marine corps” the DNI is recorded.

He said that Ukraine will not lose control in the sea of Azov, despite the difficult situation. The country’s armed forces able to execute the instructions, said the captain.News

foreign Ministry: Ukraine is preparing for the offensive in the Donets basin with access to the borders of Russia

In addition, the commander of the Navy acknowledged that the naval forces of Russia are superior to the Ukrainian in quality and quantity. “Those ships and boats that can fully complete the tasks on the Russian side, approximately 36-40 units. In Ukraine there are, unfortunately, two boats and two ships”, — he explained, noting that no contact with the Russian military in Kiev to maintain the is not intended.

17 Dec Voronchenko said that Ukraine is to protect Russia from the sea, we should develop a fleet of small ships. He indicated that it was necessary to establish the “mosquito component” of ships, which, in turn, could respond quickly to events and to have a sufficient combat potential.

The armed conflict in the Donbas began in the spring of 2014 after Kiev attempted to suppress statements in the Donetsk and Lugansk regions caused by the change of power in Ukraine. The Ukrainian side has repeatedly accused Russia of conducting military actions on this territory, Moscow denies the accusations.