MOSCOW, December 29. /TASS/. Criminal case initiated on the fact of illegal hunting of bears, which could involve the Governor of the Irkutsk region Sergey Levchenko. About TASS reported the press service of the Prosecutor General of the Russian Federation. 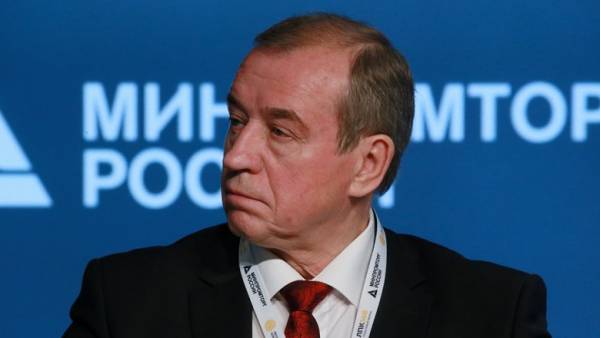 “The Prosecutor’s check materials were sent to investigative bodies, which, when considered and opened a criminal case under part 2 of article 258 of the criminal code (“Illegal hunting”). The criminal case at the request of prosecutors are currently under investigation by the investigative Department of the defense Ministry of the interior “tulunskiy”. The the investigators also verified information about the involvement in the Commission of a crime of the Governor of Irkutsk region Sergey Levchenko,” — said the Prosecutor’s office.

The Supervisory Agency also noted that the Irkutsk oblast Prosecutor’s office conducted an audit of compliance with legislation on the animal world. During check it is established that a day 5 January 2017 unidentified persons without permits hunted with a firearm and got a bear and other wild animals. “In addition, they violated the order of the Ministry of natural resources and ecology of the Russian Federation “About the statement of rules of hunting”, which establishes the period of hunting. These actions of the attackers suffered damage totaling more than 90 thousand rubles,” — said the Prosecutor’s office.