The court condemned the businessman for smuggling alcohol from Europe

MOSCOW, 28 Dec — RIA Novosti. Basmanny court of Moscow on Friday sentenced to four years and seven months in a General regime colony of the General Director of holding “the Forum” Dmitry Mikhalchenko in the case of the smuggling of alcohol, the correspondent of RIA Novosti news from the courtroom. 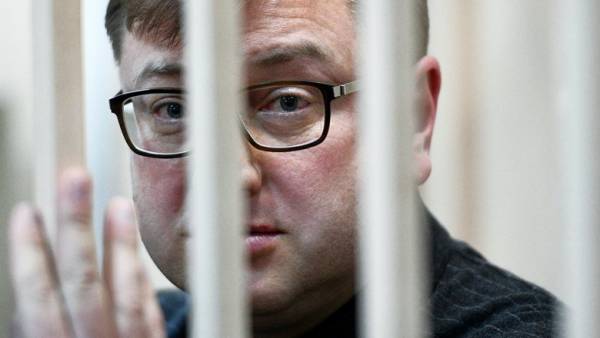 Contractors FSO subordinated to the head of “Forum”

The prosecution asked to appoint Mikhalchenko 10 years in a strict regime colony, with his Deputy Boris Kanevskomu — nine years, and the entrepreneur Alexey Mishchenko — seven.

The consequence considers as promised by the organizer of the smuggling of expensive wines and other luxury alcoholic beverages in 2015. As stated in court, the investigator, the products were purchased in stores of the European Union, gathered in the port of Hamburg and was shipped to Russia in containers under the guise of sealant.

The damage exceeded 18 million rubles, which promised, in his own words, has already paid.

Corevski guilt completely denied and, as promised, is detained. Mishchenko admitted guilt partially, only denies the participation in a criminal group and was waiting for the sentence under house arrest.

The case was adjudicated on the merits, but the court decided to return it to the Prosecutor for elimination of violations that prevent the sentencing.