Girl, pogovorili on the phone with Donald trump, still believes in Santa Claus

Seven year old Coleman Lloyd said that even after the US President in conversation with her have doubted the existence of a wizard, they are with their parents still left cookies and milk for Santa near the Christmas tree. 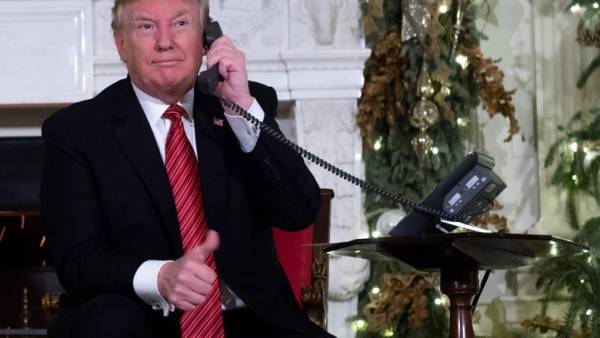 Seven-year-old, in a conversation in which Donald trump questioned the existence of Santa, told me that still believes in the wizard, despite the President’s words.

On the eve of the Catholic Christmas Coleman Lloyd talked on the phone with the US President during the campaign, NORAD Tracks Santa, in which military and members of the presidential family help children to track Santa. Donald trump asked the girl if she believed in Santa Claus. Having heard the affirmative answer, the President asked: “is this normal at 7?”. The girl said, “Yes, sir.” Later she told me that she was so nervous during the call of the President that did not have time to think carefully about the answer.

The girl also added that after a conversation with the President, they are his parents left for Santa sugar cookies and milk. On the morning of the treats disappeared, and under the tree was a gift to Coleman.

The child’s parents said that trump’s words have not created any problems.

As told the girl’s father, he, on the contrary, prefer to communicate with children as with adults. In his opinion, the statement of the President is too politicized.