Why are the languages different, but the punctuation alone? 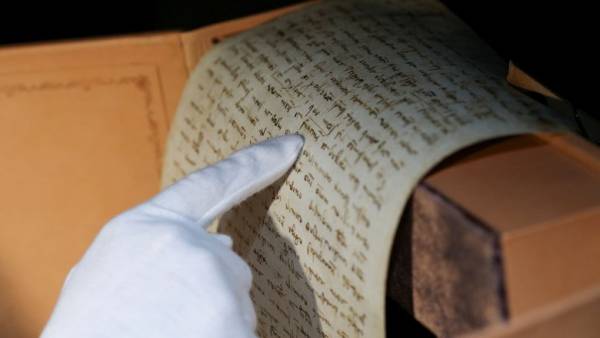 Modern punctuation system emerged and developed with the development of printing in Europe in XV-XVII centuries of ekah. Under the influence of influential European culture punctuation was borrowed by many peoples and became ubiquitous.

It is believed that the first punctuation mark was invented by Aristotle. To show the change in the meaning he offered to put at the beginning of the line a short horizontal line at the bottom, paragraphs. In the II century BC grammarian Aristophanes of Alexandria increased the number of characters. He proposed at the end of a semantic short cut to put at the bottom of the text point — comm. Point at the top, periods, divided the text into large segments, and stood in the middle colon, on average.

The Venetian printer Aldus Manuzio used most of the signs used in our days, — a period, a semicolon and a colon. So, with the help of books, punctuation acquired a single.

Now punctuation is the same in almost all languages. But there are exceptions, even in Europe.

So, in Spanish, question and exclamation marks frame the proposals, repeating the beginning of the phrase upside down: “¿” and “¡”. The Spaniards explain this by the fact that it is so much easier to read the sentence with the correct intonation.

In the UK made a film in a dead language

In the Chinese language, punctuation has become more complicated since the mid-twentieth century, when the texts are written horizontally and from left to right. Native Chinese signs mixed up with “foreigners”. So, point in Chinese looks like a small circle. This appearance stems from the fact that the Russian period (.) can be taken as a trait of character. It is used in Chinese language instead of underlining and highlights the desired text. There is in Chinese punctuation and other features. Not only differ the semicolon (;), colon (:), question mark (?), an exclamation point (!).

Gaps the Chinese do not put. All because dialed on the keyboard the character is twice as wide as any letter of the alphabet and punctuation marks normally occupy the same space as the character.