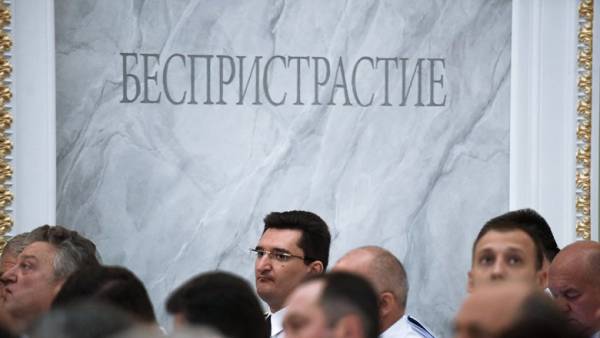 The issue of torture in the colonies was asked by the journalist of the edition Anastasia Melnikova during the annual press conference of Russian President Vladimir Putin.

To the question on necessity of reform of the Russian system of detention Putin replied that “break” the system is not necessary, but her “need to improve”. Putin said that torture in the colonies is unacceptable and noted that “any offense must be proven.”

In addition to torture Melnikov also mentioned appeared on the Internet photos of Vyacheslav Tsepovyaz from the colony. On them he eats kebabs and crabs (Tsepovyaz the authenticity of the photo denies).

The subject of torture in the colonies has been widely discussed in the summer of 2018. Then the “Novaya Gazeta” published a video of the Yaroslavl colony No. 1, where officers beat a prisoner Evgeny Makarov. After the publication of the criminal case, it held 14 people.