Prime Minister Theresa may has addressed a Christmas message to servicemen of the country and thanked them for protection from Russian invasion. It is reported by The Sun. 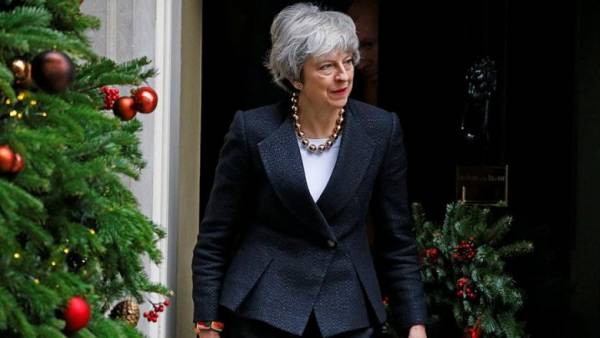 The politician noted the role of the military in the aftermath of the poisoning of the family Skrobala in Salisbury, and also commended the work on the protection of territorial and air borders of Britain from the invasion of Russia.

In addition, Mei thanked the military for the fight against terrorism and the group “Islamic state” (IG, is prohibited in Russia). The politician stressed that the UK armed forces will continue to resist the use of chemical weapons against civilians in Syria.

The Prime Minister predicted the new challenges that await the country in 2019 and called on the military to meet them courageously and steadfastly. “Again and again you have resisted the aggression and those who ignore the rules-based international order. You should be incredibly proud of what you are doing,” concluded may.

Relations between Britain and Russia deteriorated after London accused Moscow in the poisoning of the former GRU Colonel Sergei Skripal and his daughter Julia. In March, Prime Minister Theresa may announced the expulsion of Russian diplomats 23. Russia denied the allegations and took the mirror measures.