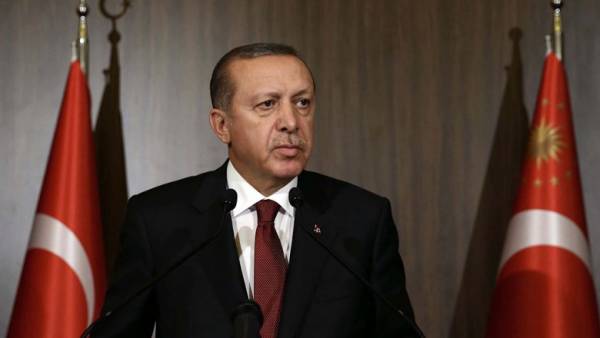 “Israel has no right to accuse anyone without regard to their own sins, crimes against humanity, mass killings and destruction,” Anadolu bring the words of Mr. Erdogan.

The statement of the Turkish President was a response to the accusations of Benjamin Netanyahu. On 22 December he wrote on Twitter: “Erdogan occupier of Northern Cyprus, whose army kills women and children in Kurdish villages inside and outside of Turkey should not preach to Israel.”

After the speech of Mr. Erdogan at the meeting, Benjamin Netanyahu, said on Twitter that the Turkish President “is obsessed with Israel.” “I have been exposed to daily trolling from the anti-Semitic dictator Erdogan. But noticeable progress — before Erdogan was attacking me every two hours, and now every six hours,” he said.

In December, Recep Tayyip Erdogan announced the intention of Ankara to begin in the coming days the operation on the Eastern Bank of the Euphrates against Kurdish groups in Syria. According to media reports, Ankara pulled armored vehicles to the Syrian border.