Syrian Kurds consider premature withdrawal of American troops from Syria, according to them, the victory over the banned terrorist group “Islamic state” (IG) to speak while early. This was stated by “RIA Novosti” the representative of the Kurds in Moscow. 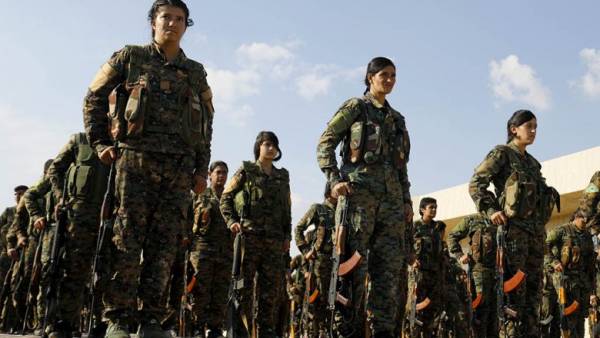 In addition, the Kurds fear that Turkey might occupy their lands in Syria. In this regard, the Kurdish “Syrian democratic Council” has asked France to establish a no-fly zone in Northern Syria, reported the leadership of the Kurdish organizations.

Earlier, the AFP news Agency reported that the Syrian Kurds asked for French assistance in connection with the decision of the President of the United States Donald trump to withdraw its troops from Syria. Friday, 21 December, the French presidency Emmanuel macron has received a delegation of the Kurds in the Elysee Palace.

American troops in Syria supported the Kurds, which Turkey considers to be terrorists. They fear that after the withdrawal of the US military, the Turkish army can begin an offensive on the areas that are now under the control of Kurdish groups.

The white house on December 19 declared victory over ISIS in Syria and announced the withdrawal of American troops. France is a member of the coalition headed by the USA against terrorists and promised to protect the Kurds after the departure from Syria of the us military.