The President of Russia Vladimir Putin and Prime Minister Dmitry Medvedev discussed the main directions of work of the government. 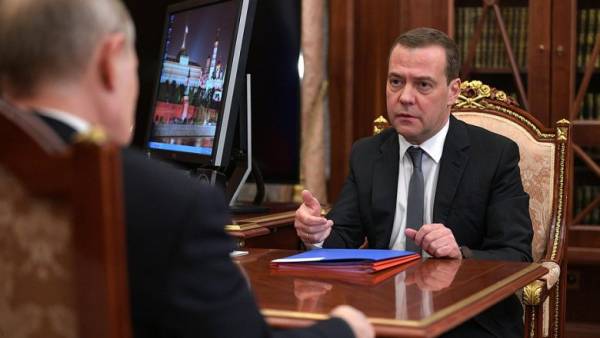 Speaking about the control over execution of national projects, the President said, “Many indicators, they should be in the computer, but it’s important to see what happens in real life in the territories what is behind these indicators.”

“I very much hope that colleagues in the government — Ministers, Deputy Prime Ministers — will give this component the attention. Please, Mr President, and you personally, too, to take in this work”, — said Mr. Putin.

We will remind, in the Federal cost for all 12 projects and infrastructure program is around 10% of total expenditure instead of the expected 15%, the provision for 2019 mainly less than expected. Therefore, further adjustment of national projects even in the fall it was considered almost inevitable. For eight of the projects there are Unallocated reserves.

At the time held a 20 December press conference, Vladimir Putin has recognized the problem for control over execution of national projects. He supported the concern of the Chairman of the accounts chamber Alexey Kudrin that the national projects may be underfunded in the amount of up to 1 trillion rubles over three years.