MOSCOW, 21 Dec — RIA Novosti. Russian President Vladimir Putin could not comment on the activities of private military companies in Russia, because the law such organizations in the country, said the press Secretary of the head of state, Dmitry Peskov. 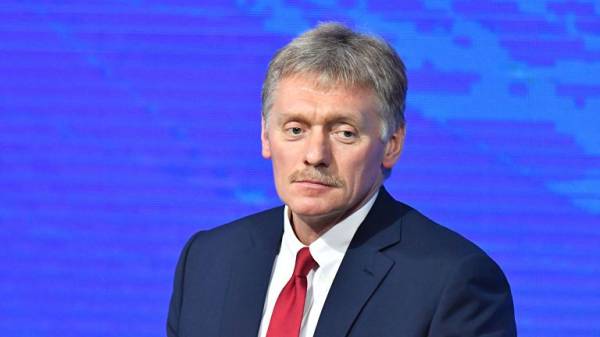 At the annual press conference on Thursday, Putin was asked how he relates to the activities of the so-called PMC. The President said that if the company “Wagner” something breaks, the Prosecutor General’s office should give a legal assessment, if not — have the right to work anywhere in the world. Putin also noted that it is possible to ban all private security activities, but once you do that, “will come with a large number of petitions with the requirement to protect the labour market”, which employs about a million people.

Putin on PMCs “Wagner”, their cooks and murder of journalists in the Central African Republic

“Private military companies under our legislation does not exist. Everyone is talking about some PMC some “Wagner”, but the fact is that we in the law there is no such provision. What do you expect from the President, how can he comment on something that does not exist?” — Peskov said, answering a question of journalists, has not confused Putin, the concept of PMC and PSC when asked about the attitude of the PMC “Wagner”, and he talked about private security activity.