Emergency crews localized the fire on the gas pipeline in Yakutia

YAKUTSK, December 22. /TASS/. The reasons of the incident, reported in a press-service of head and government of the Republic. 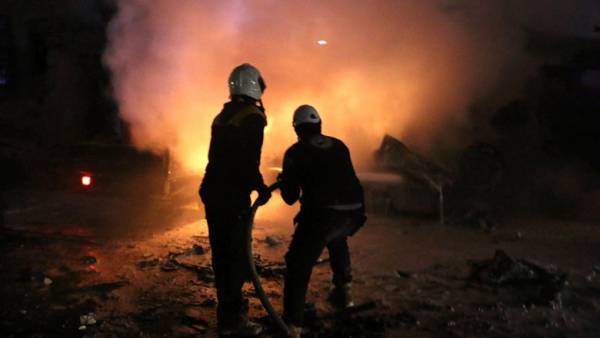 Emergency crews have brought the fire on the gas pipeline in Yakutia, where on Saturday there was a fire. About TASS said the representative of the press service of head and government of the Republic.

Earlier it was reported that the gap and the fire started on the 221 km of the main gas pipeline, no casualties.

On-site emergency are emergency teams deployed headquarters. The termination of gas supply was not.

“The fire was localized, threat to livelihood is not. The reasons of the incident,” — said the representative of press-service.

She said that the fire occurred near the village the Tast Namsky district. Earlier it was reported that the incident occurred about 40 km from the village of Magan, which is part of the city district of Yakutsk.

In a press-service of Investigatory management SK the Russian Federation across the Republic reported that investigators are checking after the fire on the gas pipeline.

“On the scene left the head of Namsky on investigative Department of the SU IC of Russia in the Republic of Sakha (Yakutia), members of the police. Is a procedural check”, — is spoken in the message.