The European Union has extended sanctions against Russia

The European Union extended sanctions against Russia for six months. This is stated in the message published on the website of the European Council. 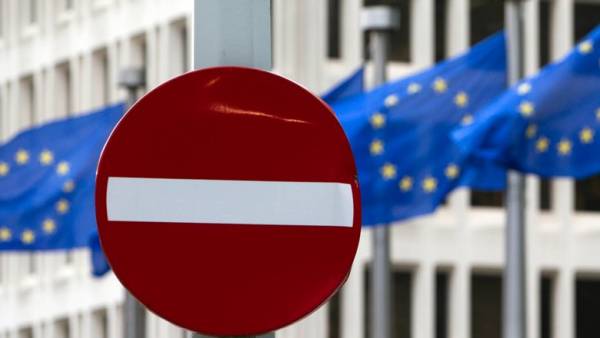 The validity of the restrictive measures was to expire on 31 January 2019.

The decision stems from the report of the President of France Emmanuel Macron and German Chancellor Angela Merkel at the European Council summit on 13 December that progress in the implementation of the Minsk agreements no. “So it was decided to extend economic sanctions against Russia”, — stated in the message.

According to TASS, a feature of the report lies in the fact that those responsible for the implementation of the Minsk agreements is considered to be only Moscow.

Before the economic sanctions were extended on June 28. The motive is also inspired by the fact that Russia is “sufficiently complied with the Minsk agreement”.

A number of countries, including the USA and member States of the European Union has imposed restrictive measures against Moscow in 2014, linking them with the annexation of Crimea to Russia, and then the conflict in the South-East of Ukraine. The lifting of sanctions linked to the execution of Moscow signed in February of 2015, the Minsk agreements to stabilize the situation in the Donbass. Russia has repeatedly said that is not a party to the conflict in Ukraine, therefore, the responsibility for the implementation of the provisions lies with the Kiev authorities and militia leaders.