Moscow. 21 Dec. INTERFAX.RU — the head of the movement “For human rights” Lev Ponomarev on Friday were released after serving administrative detention, he is appointed, for organizing an unsanctioned rally. 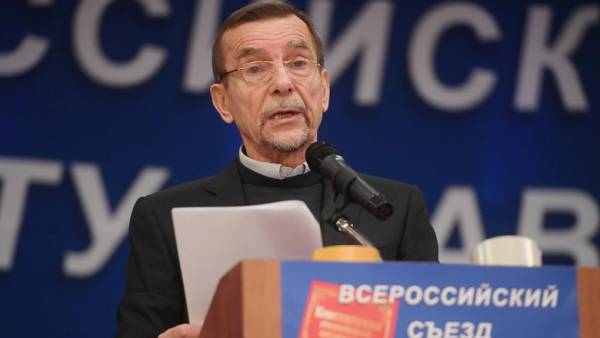 As the correspondent of “Interfax”, the police officer on duty in the detention center number 1 for the detention of persons arrested in administrative order of the Main Department of interior Ministry in Moscow told reporters that Ponomarev was released at 10:00.

Himself a human rights activist on the phone told reporters that at the moment he was released from OVD petty-bourgeois, where he was taken around 8:30 in the morning. “I refused to go. I was taken by force. Now I was thrown to the street with four bags. I go home, then go to the office”, he said.

The Tver court 5 Dec recognized Ponomarev guilty of the organisation of the campaign “For our and your children” in support of defendants in criminal cases, “New grandeur” and “Network”, held October 28 at Lubyanka square in the capital (part 8 of article 20.2 of the administrative code) and has appointed to it punishment in the form of 25 days of administrative arrest.

The Moscow city court on 8 December found no grounds to cancel the arrest of human rights activist. The appellate court was limited to the reduction Ponomarev of his detention from 25 to 16 days.

According to the plot administrative case, to participate in the event, the rights activist called for with repost in your Facebook entry about the event.

Protection Ponomarev insists on the absence of his actions of the offense. According to his lawyer Henry Reznik, the defender did not Express any ideas and did not discuss any political platform.