Yeti most. Scientists have finally solved the mystery of Bigfoot

MOSCOW, 21 Dec — RIA Novosti, Alfia Enikeeva. For many years the enthusiasts are trying to prove that Bigfoot exists. In addition to the poor quality of photos and videos, make bones, teeth, hair, pieces of skin, casts of footprints, feces and even Bigfoot. 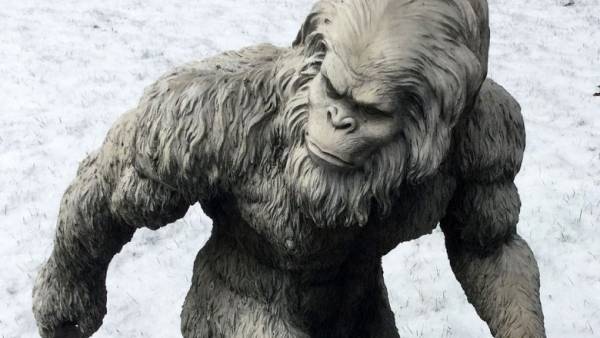 Scientists have carefully examined these samples and found out whose they really are.

In 2003 on the Indonesian island of Flores discovered the remains of a before unknown species of ancient human, Homo floresiensis. On a single skull and some of the best preserved skeletons of the growth Florensky people was estimated at one meter, and brain volume is 400 cubic centimeters-three times less than that of modern man.

These people called hobbits. And the editor of the journal Nature, Henry Gee even wrote that the discovery of relatives who lived 50 thousand years ago, most recently from the point of view of anthropology, it may be evidence in favor of the hypothesis about the existence of Bigfoot.

Bigfoot — the alleged ancient species of hominid that lived (and maybe still live) in the mountains of Central Asia, in North America and the Caucasus. It is considered similar to gigantopithecus — the largest Primate that lived in Asia nine million years ago.

About Bigfoot began in the early 1950s, when the first witnesses who claimed that he met with a mysterious creature in the Himalayan mountains. Since then, have conducted dozens of scientific expeditions, but Bigfoot is not one professional scholar has never seen, and provided enthusiastic individuals remains in doubt.