RBC: the head of Rosimushchestvo wants to retire

The head of the Federal Agency for state property management (Rosimushchestvo) Dmitry Pristanskov intends to leave his post, according to RBC with reference to its friends and a source close to the government. According to one of interlocutors of the edition, Prime Minister Dmitry Medvedev has approved the resignation. Representatives of the Federal property Agency and economy Ministry declined to comment on the information. 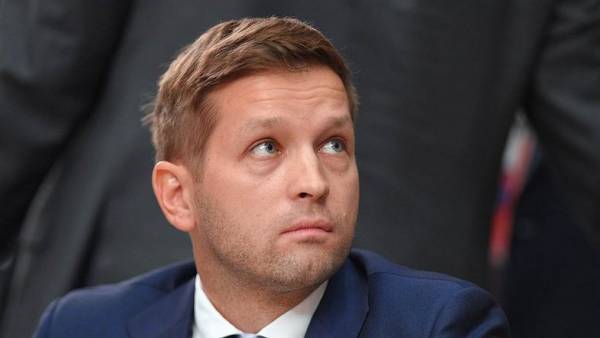 Another source told RBC that the new head of the Agency may be the former head of the Main investigation Department of the Investigative Committee in Moscow Vadim Yakovenko. Close to the government is the interlocutor of the edition has confirmed that his candidacy is being discussed.

Friends of Mr. Pristanskaya claim that he “himself had expressed the intention to resign” due to fatigue from “an endless nervous”. One source said that Dmitry Pristanskaya “health began to play tricks”. Another source did not rule out that after leaving office Mr. Pristanskov may return to the “Norilsk Nickel”, which was led by Federal and regional programs in 2014-2016.

We will remind, Dmitry Pristanskov headed the Agency in April 2016.