Pompeo characterized as a challenge to US relations with China

WASHINGTON, December 20. /TASS/. Relations between the United States and China can be described as a challenge, and Washington is working to convince Beijing to increase its imports of American goods, and also to stop theft of intellectual property. 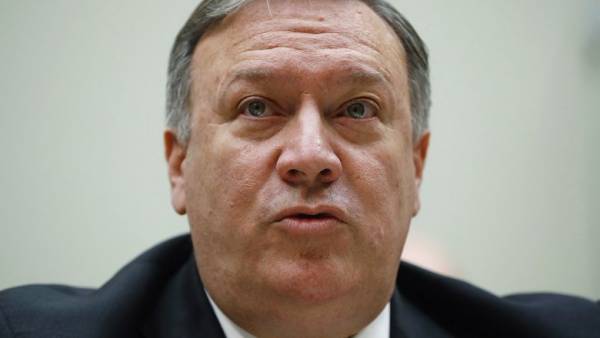 This was announced on Thursday, Secretary of state Michael Pompeo in an interview with radio station KNSS.

He was asked how he would characterize the U.S. relationship with China. “It’s a challenge,’ he replied. And we are working on several fronts to understand how to persuade China to accept [to its market] and our products, allow us to sell their products and stop stealing, we have [intellectual property]. Everything is simple”.

December 1, Chinese President XI Jinping and us President, Donald trump has agreed to suspend the process of discharge of the bilateral trade controversy.

The leaders of China and the United States discussed the current situation in Sino-American relations. Now, the two countries have come to an understanding on such key issues considered stumbling blocks for the development of mutual contacts, as improved market access, intellectual property protection, elimination of export restrictions on new technology, cybersecurity and combating network crimes.

As stated on 3 December, the head of the National economic Council the White house Lawrence Kudlow, officially the negotiation process on these issues will begin on 1 January 2019 and will last exactly 90 days. If during this time out of the situation and will not be found, Washington has promised to increase the current tariffs of 10% on a wide range of Chinese products up to 25%.