Belarus will continue the policy of strengthening its independence and sovereignty. Such a statement on Thursday, December 20, the Minister of foreign Affairs of the Republic Vladimir Makei, reports Tut.by. 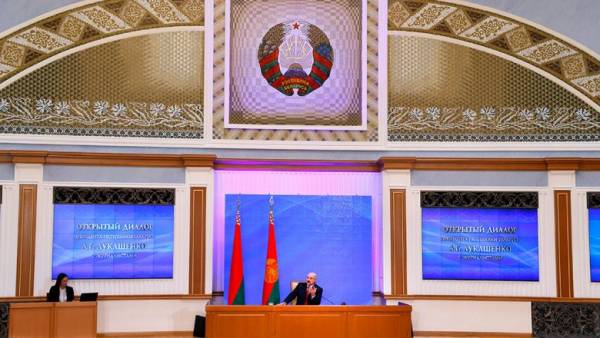 “I think if you ask the vast majority of citizens of our country, they will definitely say that Belarus should remain an independent and sovereign state. About the sovereignty and independence we dreamed and thought of for many, many centuries. In our modern history we have achieved this, so we must continue to work to strengthen our sovereignty. It is clear that, as the President says, it’s expensive, but we have to understand that and needs to make sure that everyone contributed to this process — to the strengthening of our sovereignty, independence and territorial integrity”, — said the head of the foreign Ministry of Belarus, commenting on the words of the Prime Minister of Russia Dmitry Medvedev on deepening integration between countries.

“Strengthening of the independence and territorial integrity are among the basic, fundamental questions, and we have to think day and night”, — quotes BelTA.

Asked about a possible adjustment of the foreign policy of Minsk and the development of relations with Moscow, Mackay pointed out that the country’s foreign policy developed, and determined he was the President of the Republic Alexander Lukashenko.

“This is a multi-vector foreign policy with all the nuances, and we intend to follow these stations”, — he stressed.

13 Dec Medvedev at the meeting of the Council of Ministers of the Union state of Russia and Belarus spoke about the two existing integration scenarios between countries. “One is a conservative, while maintaining the contours of the Union state which was created without increasing the level of integration to the limits established by the Treaty of 8 December 1999, without the formation of all the institutions, which are incorporated in this contract,” — said the Russian Prime Minister.

“The second cooperation option, the advanced option is based on increasing the level of integration to the limits established in the contract, while increasing the interdependence of economies and the possibility of providing assistance and support during the construction of the Union, solve a variety of issues that relate to integration. (…) Russia is ready to continue to move forward with the construction of the Union state, including the establishment of a single emission center, a unified customs service, the court accounting chamber”, — said Medvedev.