Nebesa questioned the withdrawal of US troops from Syria

UN, 21 Dec — RIA Novosti. Permanent representative to the UN, Vasily Nebenzia expressed doubts about the withdrawal of us troops from Syria. 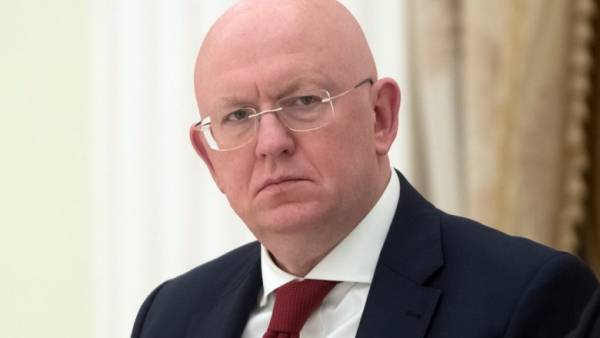 The US President Donald trump on Wednesday announced the victory over the terrorist group “Islamic state” in Syria*, noting that this was the only reason the American military in the country. Later, the press Secretary of the White house Sarah Sanders announced that the United States has begun withdrawing troops from Syria, but the victory over IG* does not mean the demise of the coalition.

Trust but verify — let’s see where we go.

He added that “we have heard such announcements before and know that they came to an end only by the strengthening of the American presence.”

“If it is really (the U.S. withdraws its troops — ed), this is a step in the right direction, certainly”, — concluded the Ambassador.

See also: trump spoke about the work done for Russia’s work in Syria

The withdrawal of US troops from Сирии01:30 (GMT)Sands: the parties to the peace process in Syria is unlikely to feel sorry about a possible US withdrawal from страны20 Dekabristov US military operation in Сирии20 декабряReuters: the US stopped airstrikes on ISIS in Syria