Turkey offered by American specialists to examine the Russian anti-aircraft s-400 after receiving them from Moscow. About Bloomberg said two people familiar with the source. 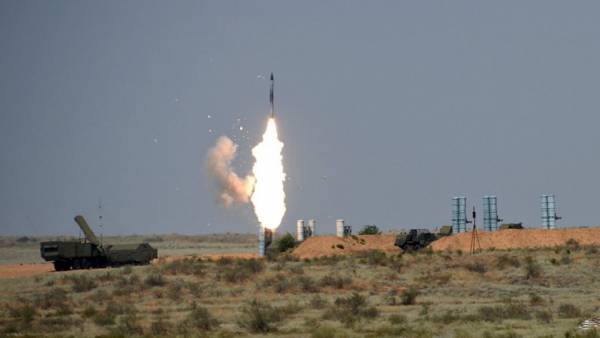 Ankara has taken such a step to return the location of Washington after refusing to buy the American Patriot system, and Russian equipment. USA worried that the s-400 will be able not only to intercept the latest fighter F-35, but also to their performance characteristics for subsequent sending secret information to Moscow.

2 Dec the United States has put an ultimatum to Turkey: Ankara should abandon the deal with Moscow. Otherwise, the country may be deprived of membership in the F-35. Meanwhile, in November, the Turkish side recognized the impossibility of cancellation of agreements with Russia.

In September 2017, Moscow and Ankara signed an agreement to supply Turkey systems s-400. The contract provides for the sale of Ankara’s four divisions, equipped with these systems. The cost of the agreement is $ 2.5 billion, more than half of the amount will cover the Russian loan. The United States and other NATO members oppose the purchase by Ankara of the Russian SAM.

See also: s-400 or patriot: what is the defense system gets the Turkey?