France decided to stay in Syria

France will maintain a military presence in Syria despite the US decision to withdraw its military. This statement was made by Minister for European Affairs at the French Ministry of foreign Affairs Nathalie Loiseau, reports RIA Novosti. 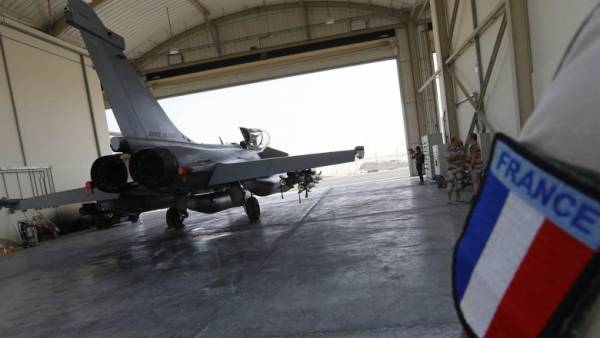 According to her, while the French military will remain in Syria, as the fight against the terrorist group “Islamic state” (IG, is prohibited in Russia) remains a key.

“It has been made great progress, it is true, we have done much in Syria, along with the coalition, but the struggle continues, we will continue,” said Loiseau.

The Minister stressed that Europe needs “to make decisions independent of the United States, as it has its own priorities.”

“We must again consider the need to maintain strategic autonomy in decision-making in Europe. When we are faced with a direct threat, we must decide and act independently,” she said.

Prior to this the British foreign office said that the terrorist threat in the region persists. It was noted that even after losing the territory, ISIS remains a threat.

On 19 December it became known that the United States began the withdrawal of its troops from Syria. It is connected with the imminent end of the military campaign for the liberation of the territories previously held by the militants of the “Islamic state”. Prior to that, head of the White house Donald trump declared victory over the “Islamic state” in Syria.