Tatyana Moskalkova has upheld the right of rappers to concerts

The Commissioner for human rights in Russia Tatyana Moskalkova said that part of the older generation of Russians will always negatively perceive new forms in art. Despite this, according to the Ombudsman, modern musicians should not lose the right to hold concerts. 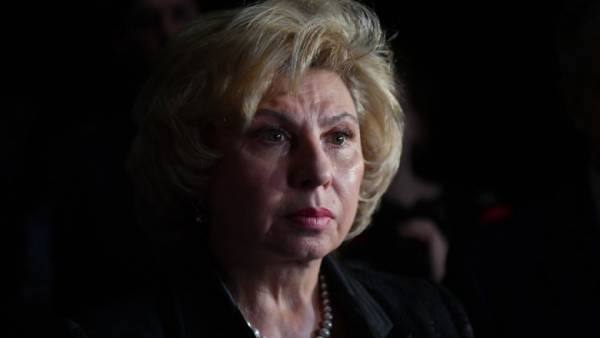 MS Moskalkova told that pupils and students repeatedly asked her, do not violate human rights prohibitions of the authorities to hold concerts rappers in Russia. “As in any human activity, art emerges new shapes and forms. Some of them stand the test of time, some die off, but this does not mean that they should be banned, especially when they have a public inquiry in young people,” explained the Ombudsman.

In her opinion, the ban on speech “will only contribute to the marginalization of this field of creativity.”

“If these texts do not violate the generally accepted principles of morality, are not extremist, do not incite racial or religious hatred, they have every right to exist, and public performance,” — said Tatyana Moskalkova.

For the last time in Russia was cancelled a number of concerts — in particular, the rappers Husky and LJ, singer Moniecki, teenage pop group “the friend zone”, the group’s IC3PEAK. Concerts canceled under pressure from the security forces, authorities, and also due to threats, or make claims to the content of the songs. Human rights groups say the FSB has established a “black list” of musicians.