How to survive the frustrated organizers of concerts

A reader of samizdat talked to concert organizers and promoters of performances at small regional venues and found out how local show business all over Russia to cope with the breakdown of the concert plans. 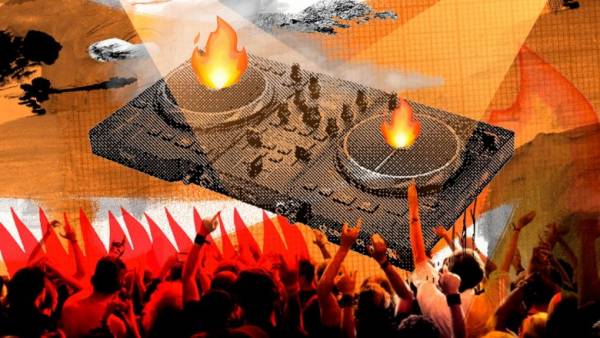 Some rappers go to round tables to the Duma and try to discuss freedom of speech with members. Other for a few hours after the announcement of a concert in support of the Husky collect SoldOut. “Doubts that its freedom of expression and fair earnings,” writes Oxxxymiron in your Instagram and promised to send the artist proceeds from the event money. That, in turn, declares that the collected will be sent to support human rights organizations, the publication of “the Media” and persecuted by the authorities musicians. Major media in the country is writing about the failures of performances IC3PEAK, but I think this wave of interest in the topic lost those who together with the musicians facing difficulties because of government pressure, but has no chance to get out of the situation in the black.

Putin urged to avoid the extremes of exclusion in the culture, including in terms of rap

About the organizers of the concerts, unlike artists who do not write in the media, the public and people not talking about the threat of their honest earnings. But this does not mean that such a threat does not exist. To the performance artist was held, the organizers must book the field or to rent equipment according to technical rider, to coordinate and to purchase airplane or train tickets, to pay the first part of the fee. At each of these stages can be difficult.

It happens that in small towns there is no necessary for top artist equipment. Or transport does not fit in the triangle “quickly, qualitatively, inexpensively.” Finally, the artist may request the fee is not corresponding to the level of his popularity.

All costs the organizers will cover out of pocket or from the company’s budget, if we are talking about promogruppy. The event goes well — the cost kompensiruet. Artists can’t go in the negative, with a maximum in zero, says Grigory Filippov. This year in the composition of Indi-Promo-Group it was brought to Vologda, Yaroslavl and Ivanovo group “friend zone”. All three concerts were cancelled due to the pressure of power structures: the first — a week before the scheduled date, the second the day of the event, and the third on the eve.

The artist is just not made, not received income. And in some cases — received. It organized and bear all losses. The organizers — the most vulnerable in this case. Compensation can not count. What, then, of course, write, but it’s paper.Gregory ФилипповIndi-Promo-Group

In total the company lost about one hundred thousand rubles. Lucky that the clubs returned the advance payment, otherwise the costs would be much greater. However, if frightened by different bodies, the ground itself refuses to accept the event, the organizers are often unable to return the money.

Gregory remembers a case where a famous actor had to cancel for personal reasons: “Just like that. And the Deposit was returned six months. Losses, of course, no offset”. The same thing happened in several cities since then, the organizers of this artist do not work, and the audience began to grow cold. The name of the artist Filippov refuses to name: “a Thing of the past, do not hold evil”.

Top artists such irresponsibility is not characteristic, explains Eugene — concerts she has been “Vulgar” to Molly. “Just so no one cancels — after all, artists understand that they work. All I want to do a good show and sometimes carry. We have a youth audience — they do not hand over tickets. We declare transfer — tickets we got ten or fifteen rent and then buy again.”

The trend to ban concerts by local governments, of course, is gaining momentum, but it’s still not the most popular reason for terminations. Promoters emphasize that most of the transfers satisfied because of the low presales of tickets. According to the organizer, who asked to remain anonymous, related to cancel the December performances of a popular youth group:

The album was released a little later than planned. If he came out early, then the sales would have been better. And we are not to go to zero, just threw [the concerts] for the next year. And musicians don’t want to go in empty halls, and people are much nicer when it’s a big concert, but are not limited show.

Previously, the group had already endured the tour for the same reason, the organizer notes that the sale will only increased.

Experienced organizers in the early stages can understand if tickets are being sold. Calculations conducted in advance, what audience and in what period of time you need to collect to get a plus. “Of course, if you want to sell 600 tickets in town, and you have two weeks before the concert and sold 200, you zero is still not out of plus much more, — says Zhenya. — Well, top performers don’t want to go in halls for 200-300 people.” Groups of “Vulgar Molly”, LSP, LJ, Paduka, Huskies seek to collect halls under a thousand people. They have the same ticket prices, the audience is also largely the same. Therefore, when planning tours, the organizers try to watch, to avoid overlaps with similar artists: “babies in the regions do not have enough money to by one week to buy tickets for a thousand rubles on all your favorite musicians”.

In such cases, each failed concert organizers lose about thirty thousand rubles — this is a non-refundable fee of already sold tickets, advertising costs, fines and contractors. In regions such money is significant.

For comparison: in July of this year, the average salary in Volgograd, which has recently cancelled a concert Husky, was 29 365 rubles before deduction of income tax.

“We should not engage in censorship”: state Duma proposed to allow the Mat at concerts

The worst thing that can happen for the organizer, — the cancellation of a concert in a couple of days before the scheduled date or day. Then the clubs can keep the Deposit themselves — usually about fifty thousand rubles for average regional platform with a capacity of up to a thousand people. At least the same amount of money can keep the artist — it all depends on the terms of the contract. The largest portion of expenditures — outdoor advertising, says promoter Boris Elatomtsev. It is placed, if an artist well known outside of the Internet. It can take up to three hundred thousand roubles. There added the cost of the type of money spent on the implementation of domestic rider of the artist, and that has failed free of charge your booking and the organiser hole in the budget in the amount of a used Ford Focus’a (or even two — as so lucky).

Communication with the organizers one gets the feeling that their work is generally tied to the fortune and activity of local authorities is different. According to the organizers of the tour Husky, the loss was only the cities where the concerts had to be cancelled and did not refuse the reservation of hotels, tickets and venues. However, according to Andrew Smith, the Manager of the artist, “no one is hurt in terms of Finance, all the losses are distributed honestly.” The exact amount the parties refuse to be called:

We prefer to think that the amount of money lost is small.

The final calculations will be conducted after the completion of the tour.

As Jack says, to keep some of the nerve cells help examination. “You can get an official paper, that your program corresponds to the marking 16+. If there were any questions on extremism or promotion of anything that now to like offers impeccable service and expertise and it is written that there is nothing, everything is permitted. And the artist is not to find fault”.

Medina complained of the “Fantastic creatures” and the Hollywood threat

Administrators of events in “Vkontakte” don’t forget to remind subscribers that it is possible only on the passport. If a ticket to the concert marked 16+ bought a fourteen year old teenager, to get to the performance he can only be with one parent or guardian. Uncles, sisters and elders are not perfect. Jack explains: “[the Age limit]16+ — it’s recommended. That is, if you’re 14, but you come with mom and her passport says you’re her baby, then they let you in no problem.”

The reality is more complicated. IC3PEAK experience shows that such measures do not especially help. “We have in Krasnodar such a document, recommendation 16+ — says the team Manager Oleg Mitrofanov. But even if we this document will give every city the police will not save you from other organizations who want us to ban.” In particular, in Voronezh concert was thwarted through the efforts of the representative of the CPS:

He didn’t like the kitchen of the establishment, which he, however, didn’t even get checked. IC3PEAK to the texts furnished, no complaints there.

Earlier in the Samara group was visited by police with dogs allegedly to check, not hidden in the club, explosive devices and drugs. The audience had half an hour to wait for the completion of all procedures in the cold. The organizer of the concert Tatiana Shevyrtalova says that not all reacted to this with understanding: “Someone wrote that just walked away and not wait. [They say,] give us the money handlers and the Center “e” is your problem, I wanted to get the service”.

“a Mat becomes a cult”: what is not shared Joseph Prigogine and Sergei Shnurov

The failure of the interventions entail and the side chain costs. In his pablike in “Vkontakte” Husky wrote that can’t have scheduled concerts in Vologda, Yaroslavl, Nizhny Novgorod, Volgograd, Saratov and Ivanovo. The official reason — there are no available dates in most part of the ligament. In a number of cities from the list are actually obstacles for performances was not. According to the Manager of Husky Andrew Smith, they “could, in theory, spend a couple of concerts, but without the cords it would not have worked properly: a very complex and energy-intensive logistics, high costs of money and time on travel and accommodation”. When now the Huskies will get in these cities is an open question. To transfer the events for the next year no plans: “It was a mutual decision, there are lots of creative tasks.”

“I think all you can find something good, — says Andrey. — There is a fact that prohibitions and persecutions, the security forces are doing the artists a big advertising, alienated youth, and contribute to the unity of the people as a whole. But that doesn’t justify anything of what was going on. Thanks to all of them, of course, but it would be better to do important things.”