In Minsk, said Lukashenko held a meeting on independence

MINSK, 16 Dec — RIA Novosti. President of Belarus Alexander Lukashenko has not held any meetings on the topic of independence of the Republic allegedly “under pressure” from Russia. This was reported by RIA Novosti press-Secretary of the President Natalia Eismont. 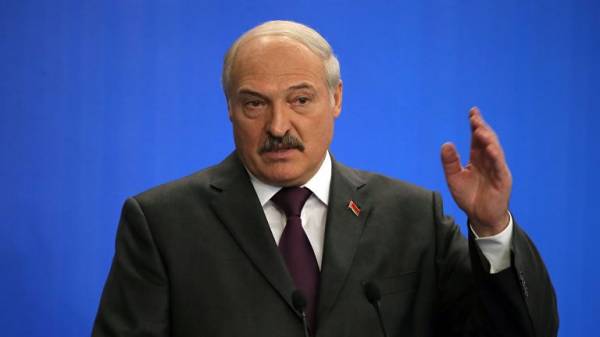 Earlier, several media outlets, citing a source reported that Lukashenka met with top officials in a closed meeting. The country’s leaders allegedly discussed the issue of independence in “the face of pressure from the Russian side”. It was noted that the meeting decided “to stand for independence.”

On Friday the President of Belarus, speaking to Russian media, said that the country’s sovereignty is sacred, and promised to prevent its loss. The Belarusian leader said that, if you want a Republic “divided into region and return to Russia, this will never happen”.

According to Lukashenko, the tax maneuver in the Russian oil sector is a threat to the independence of Belarus. According to the head of state, Minsk may receive compensation for the tax maneuver only when the deepening of integration with Moscow: “you could just say — get oil, but you let destroy the country and join Russia”.

However, the deep integration between Moscow and Minsk should not be forced, he said. According to him, that we should go, “not creating problems”, then to not say that “oil country sold.”

The Minister of Finance of Russia Anton Siluanov later said that tax reform is an internal affair of the country, and no compensation of Belarus is not promised.