In France on Saturday to protest detained more than 350 people 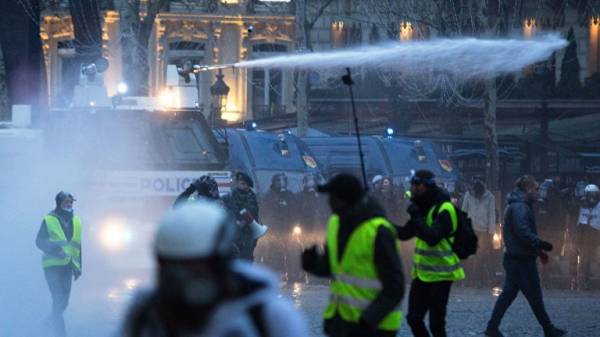 It is noted that 242 people from among the detainees were taken into custody.

Earlier it was reported that Paris was arrested nearly 180 people. Nine people were injured.

The fifth campaign of the “yellow jackets” was much quieter previous, the number of its participants has decreased. According to police, throughout France, the number of protesters amounted to 33.5 thousand, as of December 8, the stock was attended by 77 thousand people.

The protest movement of the so-called “yellow jackets”, the speakers, in particular, against the increase in gasoline prices that began in France on November 17. Mass protests across the country, accompanied by clashes of protesters with the police, pogroms and arsons of cars, destruction of shops, banks.