In DND reported about the clashes with the scouts APU

MOSCOW, 16 Dec — RIA Novosti. The armed forces of Ukraine attempted to approach the positions of DPR units in the North of the breakaway Republic and were rebuffed. The journalists said the representative of the militia DND Daniel Bessonov. 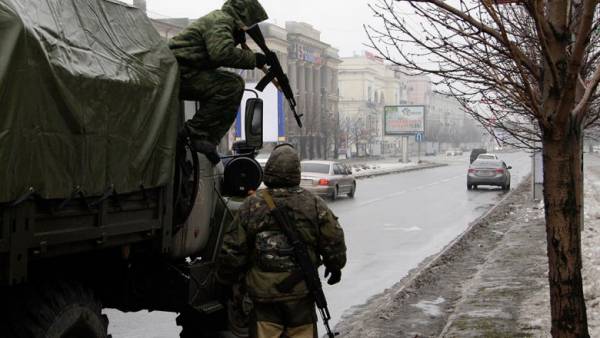 According to him, the collision occurred at night near the village Verkhnetoretskoye. Two groups of Ukrainian scouts headed towards the position of the militia.

Our observers in a timely manner, revealed the approaching enemy and small arms fire forced him to abandon the task.

The result of a failed RAID five Ukrainian scouts were injured.

“We do not rule out that including these stormtroopers will be used by Ukraine for fire support of the offensive under a massive missile and air attack,” — said the representative of the militia.

He stressed that the air defense units of the self-proclaimed Republic is ready to destroy the aircraft APU to a safe distance.

In addition, security forces moved in Donbass 60 units like the BMP, said Bessonov.