On the Russian market this drug will appear at the end of 2019. 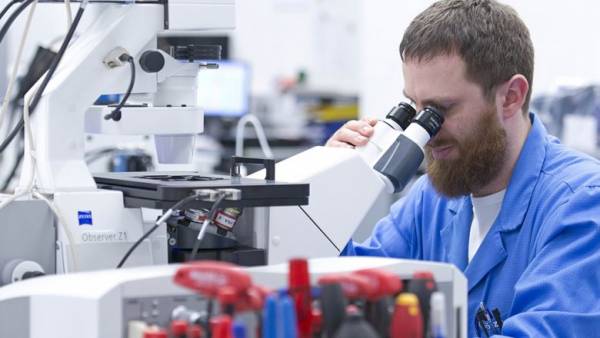 MOSCOW, December 17. /TASS/. The world’s first drug from a previously incurable hepatitis D is created by a resident of the “SKOLKOVO” biotech company Hepatera, received the status of “breakthrough therapy” from control by the food and drug administration USA (US Food and Drug Administration, FDA). On Monday reported the press service of the Fund.

“The drug Myrcludex B created by a resident of the SKOLKOVO Foundation, a biotech company Hepatera, received the status of “breakthrough therapy” from control by the food and drug administration USA (US Food and Drug Administration, FDA). Myrcludex B the first in the world drug cure previously incurable hepatitis D. It is also effective for the treatment of hepatitis B”, — stated in the message.

Obtaining the status of “breakthrough therapy” by the FDA means that international experts in the development and testing of drugs confirm the effectiveness of the drug.The news

In the future it will simplifies withdrawal of the drugs to the markets of USA and Europe. It is noted that the effectiveness and safety of the medication has been proven during research in leading clinics of Russia and Germany. On the Russian market this drug will appear at the end of 2019.

Myrcludex B is created on the basis of research of scientists of Heidelberg University and Karl Ruprecht (Ruprecht-Karls-Universitt Heidelberg), and is developed in the framework of international cooperation with the biotechnology company MYR Pharma, GmbH (Germany). Myrcludex B blocks the receptor through which the viral particles penetrate into the cells of the liver. As a result, prevented the further spread of inflammation and the development of dangerous complications. By blocking the protein the viruses remain outside the cells, where it destroys the body’s immune system.

The company Hepatera is developing first in class drug for the treatment of chronic hepatitis b with Delta agent, the most serious viral liver disease that affects about 15 million people worldwide. To date there is no standard therapy was 90% of patients, and in 10% of patients have a very low effectiveness of the treatment is the only prescribed medication is pegylated interferon (PEG-IFN)Camila Aroundelection for acceleration, cluster of biological and medical technologies of Fund “SKOLKOVO”News 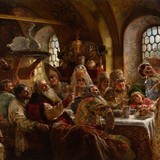 According to the world health organization, the world is now about 257 million people suffer from hepatitis B.

About 15 million of them are infected with hepatitis D (developing only for hepatitis B). In patients infected with hepatitis D, there is a high likelihood of developing end-stage liver failure due to acute infection, rapid development of liver cirrhosis, and in the case of chronic infections — the probability of hepatocellular carcinoma (liver cancer). Every year from acute viral hepatitis carry almost half a million lives — more than HIV, malaria and tuberculosis.