I think we also should think about that. 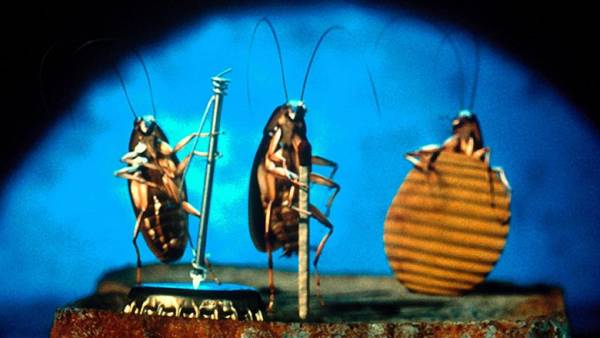 It turns out that not only residents of suburbs are experiencing problems with landfills and garbage odor from landfills. The Chinese also faced with this problem, but seems to have found a way to solve it.

Recently in China actively work special plants that bred billions of roaches and feed them a variety of waste.

One such factory is located in Jinan, every day there are a billion cockroaches eat 50 tons of garbage, which is delivered to them by pipes.

For reference: Beijing daily more than 25,000 tons of garbage, and the usual refineries cannot cope with such volumes. And this number is growing every year as the population of the country.

By the way, do cockroaches do not constitute the final link in the waste chain. Dead insects subsequently fed to pigs and other livestock as a rich source of protein.

Despite the fact that the idea of recycling with the help of cockroaches seems to be very attractive, many experts believe that we need to fear the possible escape of a billion insects from some of these plants.

According to researchers, this leakage will result in a real catastrophe for the environment.

In addition, intensive production and elimination of cockroaches on genetic grounds may lead to the evolution of insects, which can become abnormally large and powerful.

However, this outcome is unlikely.

By the way, not all initiatives in China are useful. For example, in December of that year the citizens will to pay money for search of pornographic content.