Hackers have threatened Americans with a bomb and demanded money

Unidentified hackers sent out hundreds of letters threatening to blow up his victims. As reported by CNN, for the preservation of lives, the attackers demanded a ransom of 20 thousand dollars (over 1.3 million). 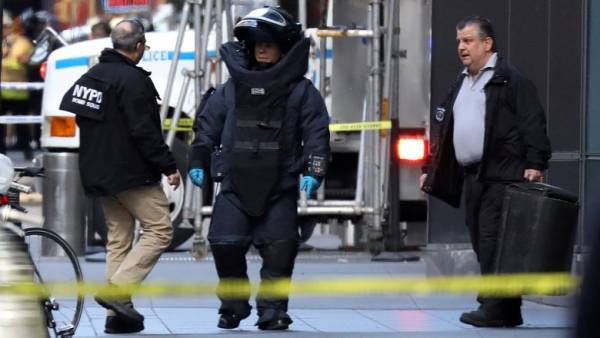 The newsletter was given to the employees of large companies and government agencies in the USA and Canada. In his letters to the offenders stated that hid in the offices of the explosive devices. If within the specified time, they will not receive a ransom in bitcoin, explosive mechanisms will be activated.

So I actually just got a bomb threat in my work email today ordering me to send the person $20,000 via bitcoin or they will blow up my place of work…. 2018 is wild pic.twitter.com/sn0vVLwe6v

The Bitcoin-spam-scammers have moved on from fake blackmail threats to fake bomb threats. So far no-one’s paid anything to the address, and I suspect it’ll stay that way. pic.twitter.com/N5MOdmu8Jm

UPDATE: We now know some businesses and schools in the Palm Desert area received bomb threat emails. Authorities believe it is not a credible threat, but they are taking all precautions credible.

This was the email. More information to come tonight at 5 on @NBCPalmSprings. pic.twitter.com/dj6uy1KnSC

Letters ransomware sowed panic among residents of large cities. Dozens of companies, including large private companies, universities and even the subway were evacuated.

[email protected] is shutting off Sansome Street between California and Clay and evacuating Financial District office buildings due to a bomb threat in the area. Bomb squad enroute. pic.twitter.com/QMNKZXl3FK

Bomb threat at the N&O building. Police are here and we have evacuated . pic.twitter.com/aCcresQpEE

Now the incident is being investigated by the FBI. Police departments of the two countries made in social networks, where he spoke about the newsletter and urged people to remain calm. We know that reports about bombs was above hackers: these buildings, the law enforcers found nothing.

Previously, the hackers sent out to users from around the world threats to publish their webcam, if they do not pay the criminals ransom. As “proof” of the attackers were attached to the email is a file that was a Trojan-extortionist GandCrab.

Clinton, Obama and Soros delivered bombs. Главное30 oktyabryaskaya, podkinuvshy bomb Hillary Clinton and Obama, were going to send 100 explosive устройств26 oktyabryaskaya the identity of the suspect in the mailing of bombs in США26 octaborate suspicious packages in the United States faces up to 58 years in prison