Putin said that he had increased his self-esteem in school

YAROSLAVL, December 13. /TASS/. Russian President Vladimir Putin said that in Junior high he was “not good” at math, but then, thanks to a school mug, he was introduced to this science, which increased his confidence and helped to achieve success in other areas. 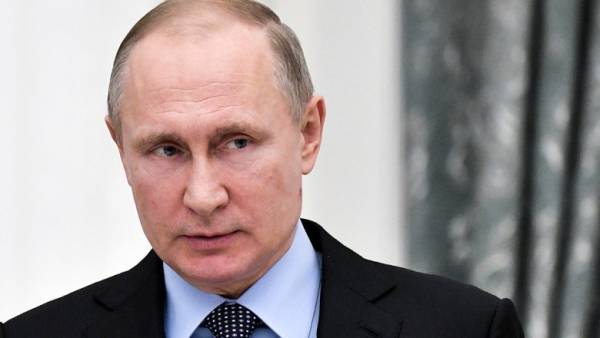 “When I in primary school studied up to eighth, in my opinion, class — must say that I thought that math I would not, I do not to math was, I had a different way of life,” — said the head of state during the open lesson within the framework of the forum “Proektoriya”.

According to the President, that all changed when they came to the school teacher from the University or the mathematical Institute and offered to open the math.

“I don’t know what brought me there, but I enjoyed it very much, and the beginning of the very get,” continued Putin. The President noted that the club was devoted to higher mathematics and, as he explained while his teacher — “this is math” while in high school before they were of ordinary arithmetic in the spirit of “six went to mind, seven crazy”. “And this is [what has been studied in the mathematical circle] something else, it requires abstract thinking, and you get it,” — told Putin told him teacher of the word.

“For me it was opening. But I this discovery was made through him [the teacher], I’m still grateful to him, the President said. — This has increased my self-esteem, and allowed me then even in other fields of knowledge to develop, to go forward, to achieve success”.

Putin concluded that such steps, made in the beginning, in the course of formation of personality is crucial, but “it requires a lot of talent and creativity from the teacher, of course.”

As the President noted, in order to be a source of knowledge, you need to have the appropriate credibility with students. “All here know… what the Internet is: someone calls it a panacea for all, some call it garbage, but it’s a huge opportunity. In this furious flood of information to become a source of knowledge for young people can only authoritative person whose opinion for its own students, for students is crucial,” said the head of state.

According to Putin, all this requires a lot of work and dedication to its business. “In today’s world it seems almost impossible. But many succeed from you that is surprising”, — the President said that participating in the forum teachers.