Zakharova called the appeal of US authorities with Butynol “medieval Inquisition”

NEW YORK, December 13. /TASS/. The official representative of Russian foreign Ministry Maria Zakharova said that the arrested contained in solitary confinement in the United States a Russian citizen Marie Boutin appeal, as in the days of the medieval Inquisition. As she noted on Thursday in an interview with CNN, “it has nothing to do with justice it’s not justice, it’s just the Inquisition.” 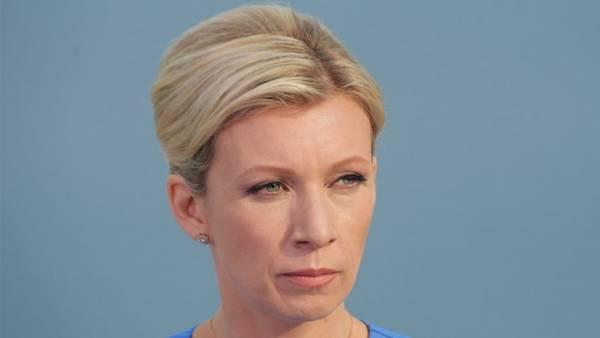 “It’s the medieval Inquisition. Because she was bullied, tortured her, treated her not as a person, not as a woman. I think she’s been treated and still are treated, probably like a terrorist or something,” — said Zakharov.

Of the case’s Butinai ruled out espionage

“From the very first day [of the arrest], we called her a political prisoner,” — said Zakharov.

Butina was arrested in Washington July 15 — the eve of the meeting of the presidents of Russia and USA Vladimir Putin and Donald trump in Helsinki. 30-year-old Russian is accused of involvement in the conspiracy business in favor of the government of the Russian Federation on the territory of the United States without being registered with the Ministry of justice as an agent of a foreign state.

On 11 December President of Russia Vladimir Putin has expressed bewilderment prosecution in the US’s Butinai. Earlier, the Minister of foreign Affairs Sergey Lavrov during a telephone conversation with U.S. Secretary of state Michael Pompeo demanded the early release of Butynol from custody and called the accusations against her are fabricated.

In the United States Butina came to study. This spring, she received a master’s degree at American University in Washington, where he studied international relations.

ПодробнееRussiagate08:27 (GMT)CNN: Butina agreed to cooperate with American следователями00:41 (GMT), the Diplomats demanded better conditions of detention in Butinai тюрьме11 decapeptyl for the first time commented on the accusations Butinai links with the secret services