From the case of Mary Butinai ruled out espionage

She has agreed to cooperate with the investigation. 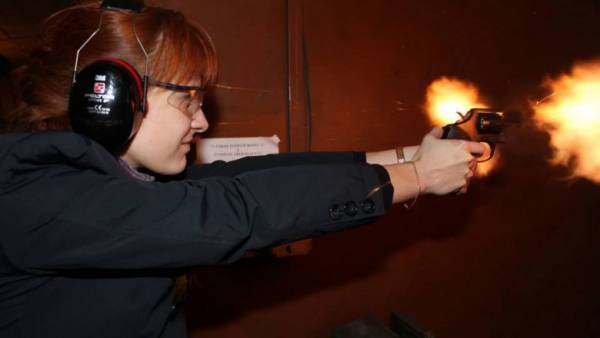 Russian Maria Butina, accused the U.S. of espionage and illegal activities in favor of the Russian Federation, decided to plead guilty one of the charges and agreed to cooperate with the investigation. Unlike the original charges, in court documents is no longer featured articles about espionage. MS Butina took responsibility only for violation of U.S. laws on foreign agents. According to experts, she could face up to six months in prison and deportation to his homeland. Hearing plea’s Butinai will be held on December 13.

Under the agreement signed between defence and the prosecution, Maria Butina is ready to plead guilty in violation of the laws on the activities of foreign agents. The document sounds wording: “conspiracy with the aim of creating informal channels of communication with the Americans with political influence and the ability to influence US policy”. That 30-year-old Russian, arrested in Washington on 15 July this year and since then imprisoned in Alexandria (Virginia), agreed to cooperate with the investigation, reported by several American media, who managed to access court documents.

In contrast to the materials of the investigation, presented to the public immediately after the arrest of Maria Butunoi, signed by the Russian documents there are no accusations of espionage. Not mentioned that she “used sex” in exchange for receiving political contacts, and admission to the American University as a “tool cover to enter the United States.” Instead, the Prosecutor’s office reported that “all available evidence suggests that Butina was interested in education”.

Since 2011 Maria Butina led the organization “Right to arms” that support the idea of free ownership of firearms in Russia. The year before she joined the party “United Russia” and has repeatedly and publicly advocated the easing of the laws on arms trafficking.

At the same time the activist has established ties with the National rifle Association (NRA), the United States, considered one of the most influential lobbying organizations in the country. The number of contacts Maria Butunoi was then future Advisor to the President for national security John Bolton and Jeffrey Gordon, responsible for national security in the election headquarters of Donald trump.

In 2016 Maria Butina got a student visa. If you believe the court documents, among the sponsors of the Russians was an influential conservative writer and relative of the Rockefeller family George onill who some time pay her bills. Later Maria Butina lived together technologist of the Republican party Paul Erickson. In 1992, he headed the election headquarters of the candidate in US presidents Patrick Buchanana and, despite allegations of fraud brought against him in three States, still enjoys a certain influence in Republican circles.

In may of this year she has got a master’s degree in international relations. In the same month it for eight hours under oath, answered the questions of the members of the intelligence Committee of the Senate of the United States leading private investigation about a possible Russian intervention in the election campaign of 2016. All this did not prevent her in July to apply for a work visa and get permission to remain in the United States.

Russiagate08:27 (GMT)CNN: Butina agreed to cooperate with American следователями00:41 (GMT), the Diplomats demanded better conditions of detention in Butinai тюрьме11 decapeptyl for the first time commented on the accusations Butinai links with the secret services

Shortly after the arrest of Mary butinai the Russian foreign Ministry has launched a campaign on social networks with the hashtag #FreeMariaButina by posting a photo of a girl in the official accounts of the Ministry. The head of Department Sergey Lavrov has repeatedly raised the issue of the release of the Russians during meetings with American representatives.

However, as appears from judicial documents, financial assistance for organization of their protection she provided and was not.

According to the documents, signed Marie Boutin on Saturday, she is ready to admit the guilt that she conspired with an unnamed citizen of the United States by the orders of the anonymous Russian representative. In previous motions, the Prosecutor’s office has reported that “a US citizen” is a partner of the Russians, Paul Erickson, and the “Russian representative” is a former first Vice-speaker of the Federation Council and the Chairman of Bank of Russia Alexander Torshin, who recently left his post.

In court documents it is alleged that Maria Butina since at least 2011 tried to establish contacts with the “organization defending the right to bear arms” and “political party-1”. From materials follows, that we are talking about the NRA and the Republican party. Investigators have found evidence that she helped in the organization of trips of heads of the NRA in Moscow in December 2015.

During the visit, representatives of the Association met with Russian foreign Minister Sergei Lavrov, after which Maria Butina sent Alexander Torshin message: “We must allow them now to Express my gratitude, and then slowly it will render on them pressure.”

She also helped to organise the visit of the Russian delegation for participation in the National prayer Breakfast in Washington in 2017. According to documents, Alexander Torshin oversaw the selection of participants, giving Mary Butinai disposal “to include in the group of certain people”. In court papers also mentioned that she was regularly organized in his house in the American capital “dinner of friendship”, to which were invited the “influential Americans”.

Violation of the laws on foreign agents faces a prison sentence of up to five years. In Mary’s case Butinai the court may impose a sentence of up to six months of imprisonment and to consider that she has already served in prison for almost five months. After that she will be deported to their homeland. The decision to approve or not the agreement on the plea, a Federal judge in Arlington will on Thursday morning local time.