The head of the region complained about the mistrust of the Federal authorities. 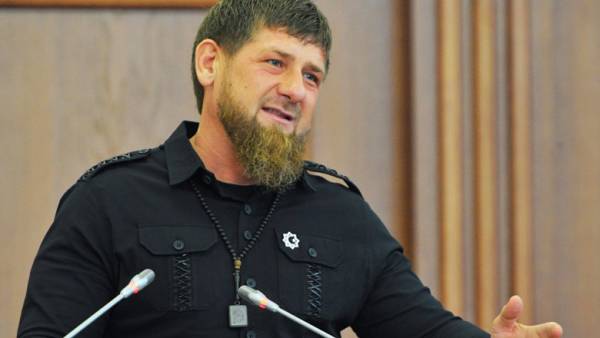 Moscow. 13 Dec. INTERFAX.RU — IN the development of the Chechen Republic it was possible to achieve a more tangible success provided an increased allocation of funds from the Federal budget, said the head of the Republic Ramzan Kadyrov.

“Of course, I could,” Kadyrov said Thursday in an interview with TV channel “Russia-24” (VGTRK), answering the question, could the Chechen authorities to do it for 11 more years.

People think that Russia gives Kadyrov a lot of money, so the Chechen Republic of blooms and blossoms. If (Federal target) the program we need the tools identified — we would do more. And even more if we do not interfere.Ramzan Kadyrovglava of the Chechen Republic

According to him, the government has reduced the Federal target program in the Republic.

“We then were given 75 billion, they say, restored frames — run factories. And as we start the plants, if no equipment, materials?” — said the head of the region.

“We had a lot of hurt, disbelief were all looking through binoculars: Kadyrov with a beard, don’t speak much Russian, yesterday’s warrior machine, and today politics and the economy is doing,” said the head of the Republic.

“But we had confidence in the President we trust very much helped” — said Kadyrov.

Chechnya and Ingushetia divided the land amid protests. What’s going on?New borders in the Caucasus.