Glackin: I hope for nothing, I live for today

The official discredit the statement that the state should not do youth, called PR notes about yourself. 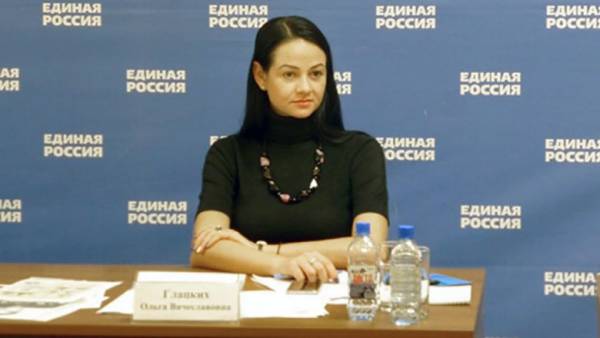 The head of the Sverdlovsk regional Department of youth policy Olga Glatskikh discredit after saying that the state should not do young people said that the hype in the media around her statements — it’s PR. The official, whose Department has decided to include in the regional Ministry of education, noted that she did not plan for the future and live day to day.

Interview Glackin correspondents URA.ru took Constitution Day, December 12, he came to the reception to the Department. She said that reorganization of the Agency should not be regarded as her personal failure. What will be the structure of the updated office, she doesn’t know — this and other organizational issues will be addressed after the New year.

Putin told about the consequences of rudeness of officials

“We are moving very successfully and all the plans executed, said Glackin. — [After you enable the Department part of the Ministry of education] direction of the Department’s work will remain the same. We only have seven sub-programmes, and they can see, they are open and available as plans. The essence content does not change, but if there are new instructions from the Minister of the new Ministry — we will meet them… I hope for nothing, I live for today.”

At the beginning of October in the Internet appeared the video, which Glatskikh declares that the state should not do youth and their parents state “didn’t ask to give birth”. Controversial statements caused a wide public resonance. In an interview URA.ru Glackin noticed that she, as a former athlete, tried to disengage from the discussion of his person in the media.