Ex-lawyer trump was sentenced to three years in prison

NEW YORK, December 12. /TASS/. A Federal court in new York sentenced on Wednesday a former lawyer, U.S. President Donald trump, Michael Cohen previously pleaded guilty in a financial fraud and other crimes, sentenced to three years in prison. This was reported by CNN. 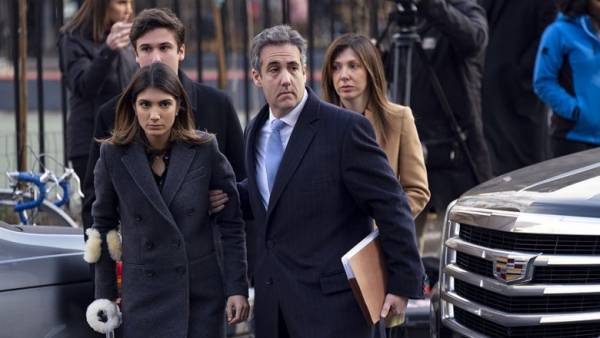 Cohen was sentenced to 36 months in prison.

Previously, the former trump’s lawyer pleaded guilty to tax evasion, violating the rules of campaign Finance, frauds in the banking sector, the provision of false information to financial institutions, the United States and making false statements to Congress.

At a hearing before sentencing Cohen said: “I fully take responsibility for all actions in which he admitted for personal and those related to the President of the United States.” Cohen also noted that “the dark path” it “brought blind loyalty” to Trump. “I figured it’s my duty to cover his dirty deeds,” — said the lawyer.