First Deputy Chairman of State Duma Committee on civil society development issues, public and religious associations Dmitry Vyatkin commented on made Wednesday in the lower house of the Federal Assembly of the bill on the punishment for publishing with contempt. 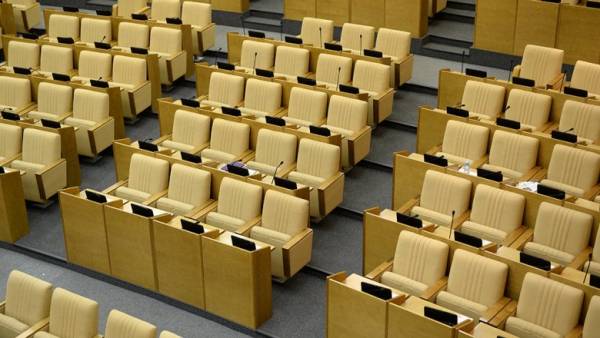 “The Internet is in fact the same public space. We also have the responsibility for insult of character,” said Vyatkin “Газете.Ru”.

Besides it authors of the document became Chairman of the Federation Council Committee on constitutional legislation Andrey Klishas and Senator Lyudmila Bokova.

“We’re just adding clarification to the existing law,” he explained.

The bill proposes to set the penalty for disrespect to state symbols of Russia, the Constitution and the organs exercising the state power in the country.

It is noted that after the detection of the information provider and the person placing the relevant information is sent to remove illegal content. In the case of non-compliance may lead to penalty of a fine from one to five thousand roubles or administrative arrest for up to 15 days.

“In fact, we just offered to be responsible for disorderly conduct committed in the Internet”, — explained “Газете.Ru” the essence of innovation, the first Deputy Chairman of State Duma Committee on civil society development issues, public and religious associations.

See also: In the state Duma introduced a bill banning the spread of fake news