According to Letitia James, the investigation, in particular, will affect real estate transactions, representatives of the environment of the President of the United States and their companies. 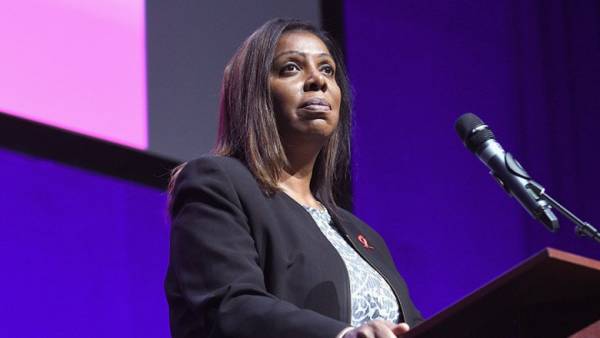 TASS, December 12. The elected Prosecutor of the U.S. state of new York Letitia James, which should take office next month, plans to conduct a large-scale investigation against the President of the United States Donald trump, his family and entourage. She reported about it on Wednesday in interview to TV channel NBC.

“We will use all available legislation to investigate [activity] President trump, his business deals and transactions of his family,” said Letitia James. “We will conduct an investigation concerning all who are in his [trump’s] entourage, who actually broke the law,” she said. “To challenge President Trump and examine all violations of the law, I think it has nothing to do with anything than I have ever seen in my life,” said the elected attorney General of the state of new York.

According to her, the investigation in respect of trump and the environment will apply to real estate transactions that were concluded, they and their company. Letitia James also intends to investigate the June 2016 meeting with the lawyer of the Russian Federation Natalia Veselnitskaya in new York’s Trump Tower skyscraper, which was attended by the President’s son Donald trump Jr. and son-in-law of the head of state Jared Kushner.

James said that prosecutors will examine the circumstances of receiving state subsidies to companies trump, will look for possible signs of the President’s constitutional ban on receipt of gifts and emoluments from foreign States, and also to check the activities of the charity Fund of Donald trump (Donald J. Trump Foundation). During the investigation, the new Prosecutor of the state of new York intends to check the data contained in revelatory publications Newspapers The New York Times dedicated to Trump and members of his family.