Ponomarev was transferred to non-camera

Moscow. 12 Dec. INTERFAX.RU the detention center No. 1 had secured the transfer of 77-year-old leader of the movement “For human rights” Lev Ponomarev in a cell with non-smokers. This was reported by “Interfax” on Wednesday the Executive Secretary of the PMC Ivan Melnikov. 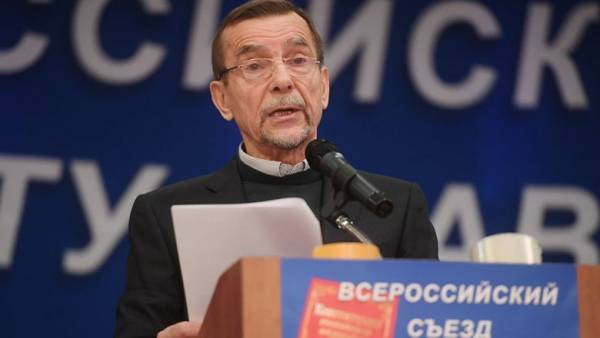 “Currently he is in the chamber-citizens, in addition to it — another seven people,” — said Melnikov.

“I would like to thank the Commissioner for human rights Tatyana Moskalkova for prompt intervention in the current situation, as well as the management of the Moscow police, which responded,” — said Melnikov.

Previously Ponomarev complained about the smoke and the heat to close the chamber members of the Public monitoring Commission who visited him in detention.

The Tver court of Moscow on 5 December, admitted 77-year-old Lev Ponomarev guilty of the organisation of the campaign “For our and your children” in support of defendants in criminal cases, “New grandeur” and “Network”, held October 28 at Lubyanka square in the capital (part 8 of article 20.2 of the administrative code).

On 7 December the Moscow city court reduced the term of arrest of up to 16 days.

According to the plot administrative case, to participate in the event, the human rights activist has urged, “reportnow” on his Facebook page the entry about the action.