Among them — hundreds of deputies and police officers, the Deputy Minister and curator of public procurement. 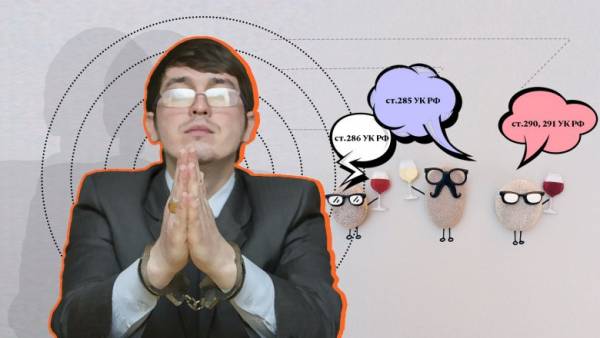 In July 2017, the state Duma adopted the law on the black list for civil servants. The idea of this initiative is to create a public wall of shame for officials convicted of corruption. If an employee falls into this list, then work in government structures, it is forbidden. In the NGO “transparency” I believe the creation of this registry the right decision — this will prevent the power from those who abuse her, but do not rule out problems with the document maintenance. Daily Storm settled, as officials avoid the listing of, and studied, who often appears in it.

The registry of persons dismissed in connection with loss of trust, started in March 2018. During this time he has been enriched with information about violations of the bound for the government of the Russian Federation regional authorities. So, the office was able to capture more than 600 cases of corruption among civil servants. And that’s what happened.

The third registry was made up of the deputies of local authorities: the list included 243 people assigned to this position. Silver level corruption “took” the bailiffs and employees of local Federal bailiff service, which in the registry three times less than MPs. Third in frequency of mention were employees of municipal entities, heads of administrations and village councils, Directors of schools and sports clubs.

The Chairman of the Duma Committee on security and combating corruption Vasily Piskarev thinks this result is “effective”. According to him, the number of corruption offenses among local authorities decreased in two times, once entered the law on the registry.

In Russia has made a psychological portrait of the average corrupt

Because the registry is useful for the fight against corruption, agrees the expert of NGO “transparency international — Russia”, the former head of the St. Petersburg branch of the FBK and the Creator of the project “Municipal saw” Dmitry Sukharev.

“The number of officials that are in this black list, not as big as it should be. While the procedure itself [of the registry] raw, but I think over time it will improve. The registry is absolutely the right thing. People convicted of corruption should not be allowed to public authorities, and the list contributes to this”.

To avoid at any cost

The number of corruption violations are among the leading regions of the Volga and Central Federal districts. In these parts of Russia recorded a 140 and 128 cases of corruption among officials, respectively. In comparison with other regions this is a really large numbers. For example, in the North Caucasus Federal district was committed only 19 violations in a year.