Why MIA gets the main fighter with extremism. 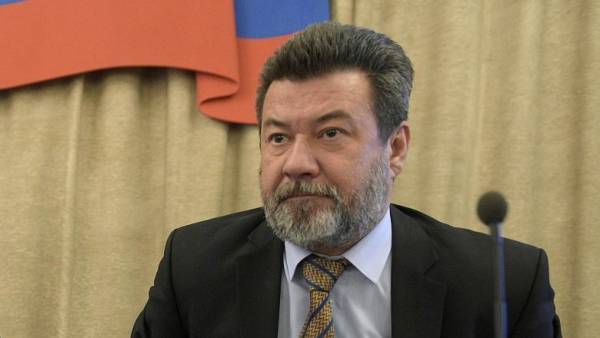 The Ministry of internal Affairs (MIA) leaves the head of one of the key departments, the Main Department for combating extremism — major General police Timur Valiulin. According to sources, “b”, due to the fact that in 2012 Mr. Valiulin not indicated in the Declaration sold approximately at the same time, an apartment in Bulgaria. This fact became known after the divorce process General when the former spouses began to insolvency litigation.

As told “Kommersant” sources in the police Department, General police major Timur Valiulin for about two weeks does not go to the service and does not sign documents. According to unconfirmed reports, he suffered a severe heart attack and is on sick leave.

The informed interlocutors “” assert that the decree of the President of the Russian Federation about the release of Mr. Valiulina from the post of chief of GUPA has not yet been signed, however, according to them, the document will indicate the reason “in connection with loss of trust”.

According to sources familiar with the situation, the main reason of this personnel decision was the story of the Declaration of Mr. Valiulina on incomes and property for 2011. In it, according to some, the then head of the Moscow center “e” (anti-extremism) an employee of Moore Valiulin did not indicate the presence of real estate — two apartments and garage in Bulgaria. The property, said the source “b” was acquired during the period up to 2010, and in 2012 Mr. Valiulin sold it.

With the Declaration, according to sources familiar with the situation, it became known after the divorce Timur Valiulina with wife Galina Mikheeva, working in GU MVD in Moscow.News

Zakharova justified for the repair problem due to NTV

Note, in the basis of the capital ships, you can find the documents indicating that the marriage was terminated magistrates court this spring, and then between the former spouses began property litigation (their materials closed.— “Kommersant”). It is on their background, said the source “b”, MS Mikheev allegedly decided to inform the leadership of the interior Ministry with the Declaration. As a result, the material has decided to move forward, despite the fact that similar violations of article 193 of the Labour code of the Russian Federation (penalty for violation of restrictions and prohibitions related to anti-corruption) provides a kind of “Statute of limitations” of three years.

Prior to joining HOPE of the Ministry of interior major General of police Timur Valiulin made a very impressive career in the Metropolitan police.

Under his leadership, in particular, investigated a high-profile case about the bombing at the Cherkizovsky market in Moscow, he defeated several major nationalist groups, on account of which there were dozens of murders and bombings. Finally, Timur Valiulin in 2008 with the support of special forces and helicopters dispersed the famous thieves ‘ meeting on the Pirogov reservoir in Moscow region.News

Discovered the main breeding grounds of corruption in Russia

On a post of the head of HOPE Timur Valiulin was replaced by Yuri Kokov, who some time later headed the Kabardino-Balkaria. When Mr. Valiulina in Ingushetia there was a loud scandal, the protagonists of which were the fighters against extremism. This year was convicted of detainee torture and other crimes, the former head of the Republican Center for combating extremism Hamhoev Timur and several of his former subordinates. In April, Mr. Valiulin included in the sanctions list of the U.S. Treasury.

The interior Ministry refused to comment on the situation.