In Rostov-on-don ex-officer of the black sea fleet, was sentenced to 14 years for treason 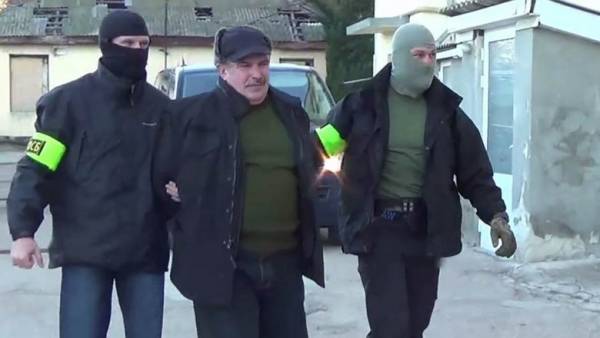 He was sentenced of 14 years of imprisonment with serving in a colony of strict regime, he was demoted. Leonid Parkhomenko pleaded not guilty, his defense plans to appeal the verdict.

By words a press-the Secretary of SCOWS Alena Katkalo, the trial of Leonid Parkhomenko was held behind closed doors because it concerned questions of state secrets. His case was the secrecy. According to investigators, the captain of the second rank Parkhomenko during the service under the contract in the period from 2003 to 2005, being in the position of assistant chief of the military unit of the black sea fleet, was recruited by the Ukrainian security services and gave them state information.

As earlier wrote “Kommersant”, Leonid Parkhomenko was detained in Sevastopol employees of FSB of Russia 22 November 2016 on suspicion of committing a crime under article 275 of the criminal code. He was later indicted properly. From the moment of detention the officer has denied involvement in the crime, while in Lefortovo prison, he even announced the hunger strike to the investigator did not affect his family.