PARIS, 8 Dec. /TASS/ — the Prime Minister of France Edouard Philippe noted that in connection with the events of “taken special security measures”. 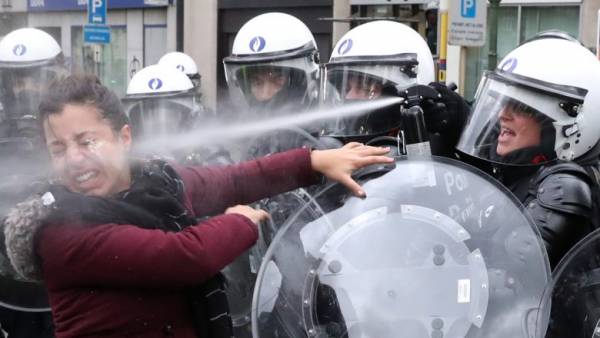 The police and gendarmerie detained in Paris on Saturday 481 the protester of which 211 detained. This was announced by the Prime Minister of France Edouard Philippe.

He appeared on television from the interior Ministry building, where he held a meeting with interior Minister Christoph Kasara on the situation in Paris and in the whole country in a day of demonstrations of the “yellow jackets.”

The Prime Minister stressed that in connection with the events mobilized a “very large force of law”, “adopted special security measures”.

Currently on the Champs Elysees, the police actively delays the most aggressive of the demonstrators and the widespread use tear gas. The main events unfold near the Etoile — Charles de Gaulle, reported the correspondent of TASS.