Moscow. 7 Dec. INTERFAX. EN — “United Russia” requires its members to publicly defend themselves in response to public allegations or to resign if they have committed acts discrediting party. 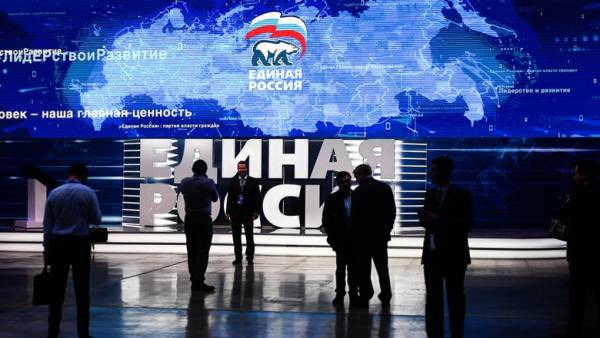 According to her, one of the rules States: “In response to public accusations of illegal or immoral actions to publicly defend his / her honor, dignity and reputation by all lawful means. In the case that allegations of crimes or misconduct were untrue and discrediting party, immediately resign from all party posts”.

In addition, the “United Russia” are obliged “to treat people and their problems with respect and attention, to assist them in protecting rights, in justice, to overcome difficult life situations.”

Recalling a number of incorrect statements made by the representatives of the party expressed in the last time and caused a wide public resonance, batalina said that introduced standards require “to exclude the actions and statements that could lead to the infringement of the rights and freedoms of man, responsible for spoken word, not to make statements degrading people.”

Members of the party should “adhere to the principle of personal modesty and restraint in public behaviour, and also to openly Express and defend their position during the party discussion, after the final decision to adhere to the peer of party positions”.