Bloomberg learned the details of the contacts Vekselberg, the former counsel of the trump

According to the Agency, the businessman was sure of his influence on the White house and embraced sanctions painful. 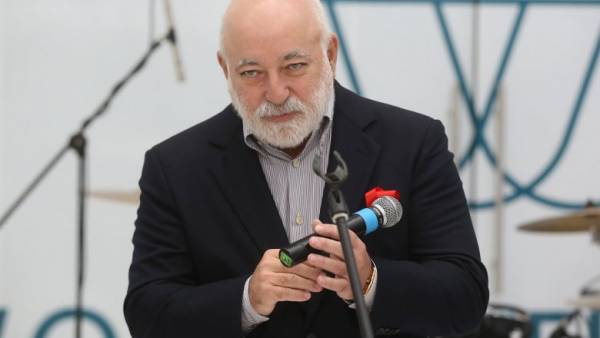 Russian billionaire Viktor Vekselberg (99th place in the ranking of the richest people in the world by us Forbes 2018 with a fortune of $14.4 billion) at least twice met with a former lawyer, Donald trump, Michael Cohen, told Bloomberg. Cohen, more than 10 years of experience personal lawyer trump, was arrested in the U.S. in 2017, He pleaded guilty to several charges and, in particular, admitted that he paid hush money to women who have been in touch with trump. On 12 December he should be sentenced.

According to Bloomberg, the first meeting between Vekselberg and Cohen took place in January 2017, until the official introduction of trump as President. Organize it helped Andrew Intrater, business partner and cousin of the owner of “Renova”, who accidentally met with the former attorney trump the restaurant in the fall of 2016.

As told to two people familiar with the situation source, Intrater brought Vekselberg in the Trump Tower in new York on a “spontaneous meeting” with Mr. Cohen, which, among other things, discussed plans to improve relations between Russia and the United States.News

“the Worst day in the life of trump”

The second meeting between Vekselberg and Cohen took place in March 2017 in new York, the second month of the presidency, trump. This time was discussed the oil deal, which has not been reached, says an unnamed source Bloomerg, without specifying what kind of deal was discussed.

The official representative of Vekselberg Andrey Shtorkh confirmed that Vekselberg and Cohen were two meetings. According to him, during one of them, Cohen presented a “potential investment opportunities”, in which Vekselberg was not interested. These negotiations were very short and limited, it did not concern relations between the two countries, said Storch. He also noted that the Russian businessman was not a “business or social relationship” with Cohen.