“Happiness” back to the waterfront Perm

Updated art object “Happiness not far off” back to the city quay of the river Kama in Perm. Frame letters are now made of thick-walled steel pipe, and the letters are made of water-resistant plywood, have informed in administration of Perm. 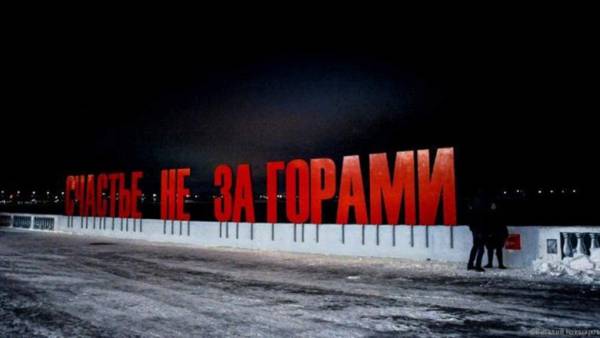 Wednesday, December 5, structures attached to the concrete embankment fence push-in anchors, reported to city hall. With the installation of the art object calculated load from the wind.

Behind the platform where installed the facility will be to monitor the two cameras.

The reconstruction took place in several stages: first developed the project, have studied the weaknesses of the previous designs and identified new points of execution.

In October the letters of the art facility was dismantled, as the unknown was replaced by the word “happiness” to “death”. A few days later the artist Alex Ilkaev, known under the pseudonym Sad Face, confessed to the crime. The court fined him 15 thousand rubles.