In USA a homeless guy found a bag with thousands of dollars at the entrance to the food Bank and gave it to the volunteers. This publication reports the Washington Post. 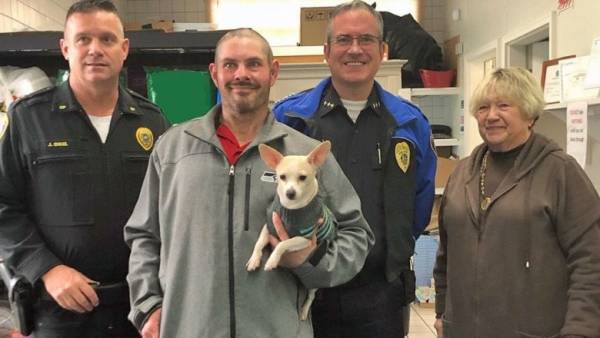 The incident occurred in the city of Sumner, Washington, in August. 32-year-old Kevin Booth (Kevin Booth) came to the school early in the morning, before its opening, for bread and found the porch with a bag of money. As it turned out, she was 17 thousand dollars (1,1 million rubles). The man took just banknote 20 dollars (1.3 thousand rubles), to check if it’s genuine. Everything else he gave to the volunteer food Bank, who came in 20 minutes. He suggested that the booth together to take the bag to the police.

In Serbia, the hosts roasted a goat who ate 20 thousand Euro, reported in the media

According to the laws of the state, money 90 days spent in a police station, but did not wait for the owner. Upon expiration of the cops gave them to the food Bank. The money the organization is going to expand the room.

The police gave the booth an honorary diploma, and Sheriff brad Merike (Brad Moericke) shook his hand and said that not everyone would have behaved so honestly in such a situation.

Leadership the food Bank has also awarded homeless a few gift cards to his favorite store. Bout himself said he just couldn’t take the money, and was glad that the food Bank will be more.