MOSCOW, December 6 — RIA Novosti. The Verkhovna Rada adopted the law on the surrounding area that can extend to 12 miles controlled by the Kiev sea territory. 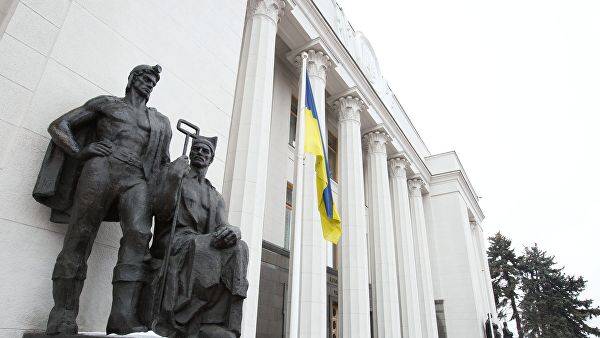 The document was supported by 244 deputies with the required minimum of 226 votes. In the first reading the Parliament adopted the bill on 8 November.

In the explanatory note to the document States that after joining of Crimea to Russia Moscow is “illegal economic activities with the involvement of the merchant Navy under the Russian flag and the flags of third countries.”

According to the authors, the bill “will create the Foundation for a substantial reduction of illicit traffic in the Black sea, prevent the violations of the state border have a positive impact on safe situation in the region and ensuring the economic sovereignty of Ukraine”.

In addition, the document allows the guards to shoot without warning and at the slightest invasion of the territory of the country or attack on Ukrainian ships.

Thus in the Russian foreign Ministry stressed that this bill cannot apply to the sea of Azov, because it is internal waters of Ukraine and Russia.

Convention on the law of the sea

Convention on the law of the sea of 1982, which has been ratified by Kiev, provides the possibility of creating an adjacent zone. In it, the coastal state can enter the control necessary to prevent infringement of customs, fiscal, immigration and sanitary regulations.