CEC thinks about the simplified procedure of nomination and registration of candidates. 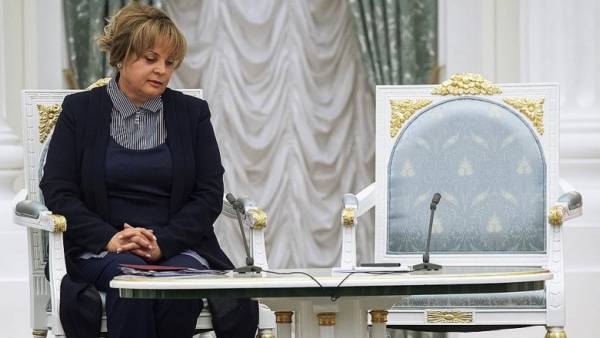 The Central election Commission (CEC) are working on questions about electronic voting, and public services on the nomination and registration of candidates. About this “Kommersant” said sources in the system of election commissions, noting that the harmonization and implementation of new approaches in this area “will be the beginning of the revolution” in the electoral field, “the judicial treatment of candidates for undelivered documents thing of the past”. The head of the CEC, Ella Pamfilova told Kommersant that the development of proposals for the introduction of new public services — “a matter of one month.” In presidential administration (AP), according to “Kommersant”, in the course of the initiative of the CEC, but waiting for her “detailed study”.

According to sources “Kommersant” in the system of election commissions the CEC is considering several innovations, including the implementation of e-voting, the need for which has repeatedly said in the Commission. In March 2018, the CEC member Vasily Likhachev (resigned six months later) suggested that it is possible to “solve the security issue and by 2021 as part of the next Federal campaign to try to use electronic voting via the Internet at elections in Russia.”

As reported by “Kommersant” on 6 December, Prime Minister Dmitry Medvedev approved the proposal of the CEC to join the national project “Digital economy”: the head of the CEC proposed to ensure the accessibility of voting for voters, regardless of their location. In addition, we are talking about working on the introduction for the majority of candidates. According to interlocutors, “b”, may receive “new public services, which will help in the nomination and registration of candidate or list of candidates”. What level will be affected, Kommersant’s sources did not specify.

The national project “Digital economy” allows authorities to automate the operation to the extent which is necessary, says CEC member Anton Lopatin.