The US Navy destroyer “challenged the excessive claims of Russia”

MOSCOW, December 6 — RIA Novosti. American missile destroyer McCampbell was held on Wednesday in the vicinity of the Peter the Great Bay in Primorye, where the base of the Russian Pacific fleet, said the Navy. 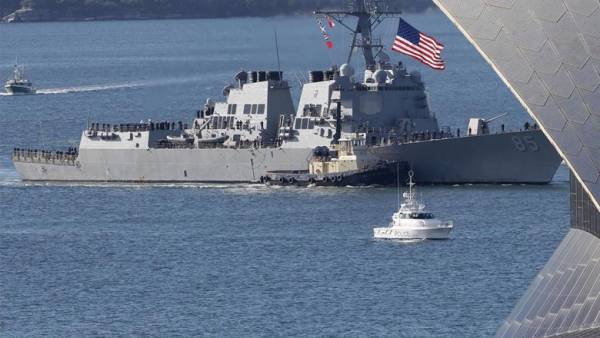 “McCampbell sailed in the vicinity of the Peter the Great Bay, to challenge the excessive Maritime claims of Russia and to support the rights, freedoms and lawful uses of the sea, which is at the disposal of the United States and other countries,” — reads the statement of the representative of the American Pacific fleet, Rachel Makmur.

The official representative of the Navy of the United States stressed that Washington does not recognize Russia’s claims to water areas, saying that Moscow claims in areas that far exceed 12 miles from the Russian coast under international law.

The Peter The Great Gulf

The Peter the Great Gulf — the largest Gulf of the sea of Japan near the Russian coast. It is located in the South of Primorsky Krai, between the Cape Turning to the East and the mouth of the Tumen river in the West.