MOSCOW, 5 Dec. /TASS/. Human rights activist Lev Ponomarev, who was arrested for 25 days, described conditions in the detention center № 1 Moi of Russia in Moscow “torture”. About TASS reported the responsible Secretary of the Public monitoring Commission of Moscow on control over observance of human rights in places of deprivation of liberty, Ivan Melnikov, after the inspection of the detention center, where Wednesday was taken Ponomarev. 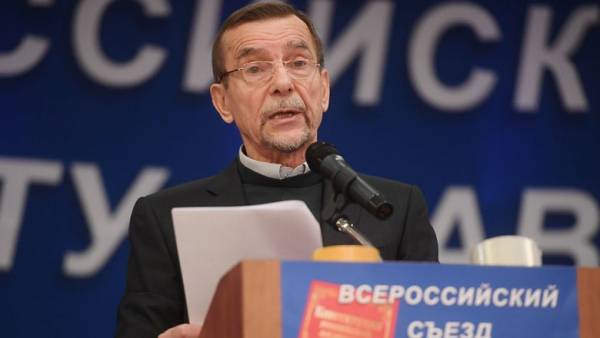 “The members of the PMC of Moscow visited the detention center for administrative detainees, which brought the 77-year-old human rights activist Lev Ponomarev. During the meeting with members of the Commission, he called the conditions of detention “torture”,” — said Melnikov. Executive Secretary of the PMC explained that it is first and foremost about beds and mattresses, which can not lie. “Ponomarev showed us the bed and thin mattress that falls through the bed slats. And stated that it is impossible to sleep, the whole body feels these straps and sore, and said that the real torture, in the torture chamber,” — said Melnikov.

He noted that the statement Ponomarev about the impossibility not only to sleep, but just lie in these beds, is supported in other cells of the detention center and inmates of the defender. The spokesman added that Ponomarev is contained in a large cell, all 11 people, and half — previously serving time in prison for criminal offenses.

“Ponomarev at this neighborhood does not complain, and even some advises on legal issues, but we gave a recommendation to the user to place those arrested for administrative offences separately from previously convicted, and the smokers from non-smokers”, — said the Executive Secretary of the PMC.